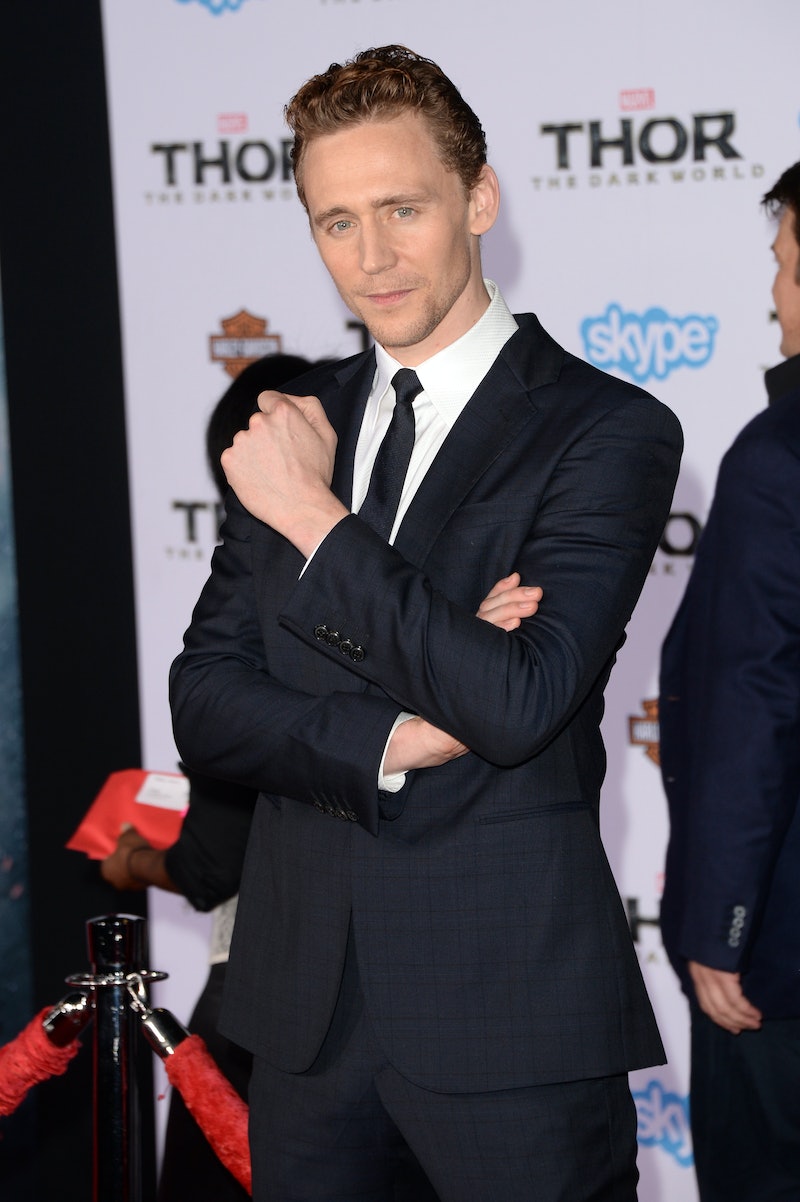 I love a good list of hot men, so I was really excited when the UK Glamour's Sexiest Men of 2015 ranked Tom Hiddleston third. The fan-voted category had the Avengers actor coming in just behind Benedict Cumberbatch at number two, and Fifty Shades of Grey's Jamie Dornan at number one.

However, even though the number three spot is a high honor (and a whole place higher than he landed last year), I know Hiddles deserves that winning slot. He's unbelievably sexy, if you ask me, and it's a shame he has to take home the bronze medal when he should have won the gold.

A lot of people know Hiddleston for his gentlemanly manner. But, he has the capability to be more than just the nice guy — he can be the hot guy, too. He's not above sexual innuendos or intentionally sexy moments. And, his basic existence is pretty hot. (I mean, the man is so photogenic that I want to cry.) Understandably, I was disappointed to see him beaten out by his friend Benedict Cumberbatch yet again (he also came in right behind him for most reblogged Tumblr actor).

So in the interest of helping Hiddleston move up in the ranks next year, I'm starting a campaign for him to win Glamour's sexiest man. (And People's too, why not?) Here's my evidence in the form of Tom Hiddleston's sexiest moments.

OK, OK, technically this was just his contribution to the ALS Ice Bucket Challenge. But it's not my fault he wore a white shirt and then dumped water on himself. I'm not going to complain about it. Besides there's something super hot about a drenched Hiddleston raising awareness for a chairty. Nothing is sexier than a man who is attractive and thoughtful.

When He Made a Dirty Joke

This fan was having difficulty with her camera and told the photographer to push the button harder. Tom's response was amazing.

When He Gave a Suggestive Answer

Hiddleston was asked whether he likes to be a good guy or a bad guy and he gave the perfect answer. We all know what he means by those "other" situations. *Insert winky face emoji here*

Every Time He Dances

Those hips do not lie.

When He Recited This Sexual Poem

Don't even get me started on his poetic reading skills. His voice is sexy enough on his own without him also reading raunchy poetry. (If you're still alive after he says "a lot" then you're a stronger person than me.)

When He Wears Casual Clothes

Fans are used to seeing Hiddleston dressed up on red carpets, which makes this kind of attire that much more special. There's something really sexy about Hiddles in a sweatshirt that I can't describe, but just feel.

When He Said "Dick" a Whole Lot

Tom Hiddleston picked a tongue twister for his latest charity donation video and just happened to choose one that involved him saying "dick" a lot. Do with that information what you will.

Whenever He Looks At You

When He Was a Shakespearian Villain

For the Jaguar commercials Hiddleston wooed us all with his sultry Shakespeare recitations.

When He Showed Off His Muscles

When He Licks His Lips

That should not be allowed. (But also never stop.)