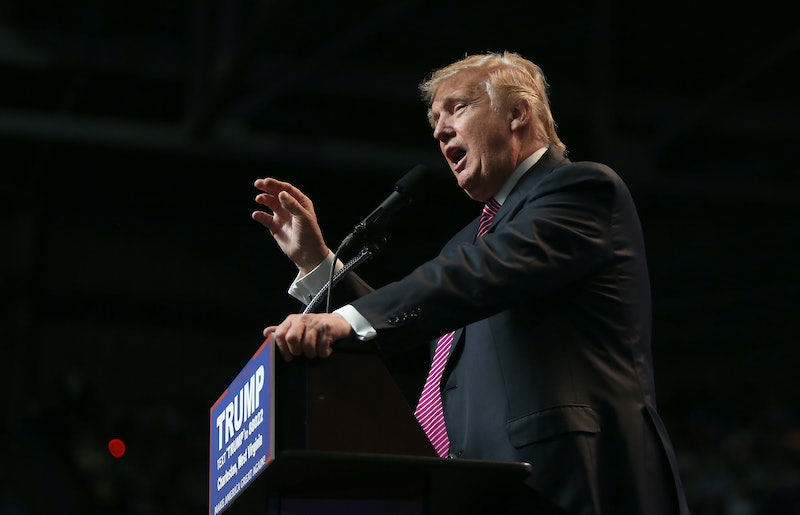 On Tuesday in an interview with the AP, presumptive Republican nominee Donald Trump said Chris Christie was a possible vice presidential pick. However, it's not locked up for the New Jersey governor. The AP reported that Trump has "narrowed potential VPs to 5 or 6 experienced politicians."

By no means is the prospect of a Trump-Christie ticket terribly surprising. Christie, a former Trump rival for the Republican presidential nomination, was one of his earliest supporters. Even when other establishment candidates, like Marco Rubio and Ted Cruz, remained in the race, the New Jersey governor came out in support for Trump. Christie endorsed him in February, vowing: "I will lend my support between now and November in any way for Donald." Trump's campaign also announced on Monday that Christie would head the White House transition team if he wins the general election in November. Trump said in a statement:

Gov. Christie is an extremely knowledgeable and loyal person with the tools and resources to put together an unparalleled Transition Team, one that will be prepared to take over the White House when we win in November. I am grateful to Governor Christie for his contributions to this movement.

While it's clear that the affection is mutual between Donald Trump and Chris Christie (the same cannot be said for Mary Pat, based one her side eye), the New Jersey governor has competition for the VP spot. Other Republicans who have been floated as possible running mates for Trump, include Alabama Sen. Jeff Sessions and former speaker of the House Newt Gingrich.