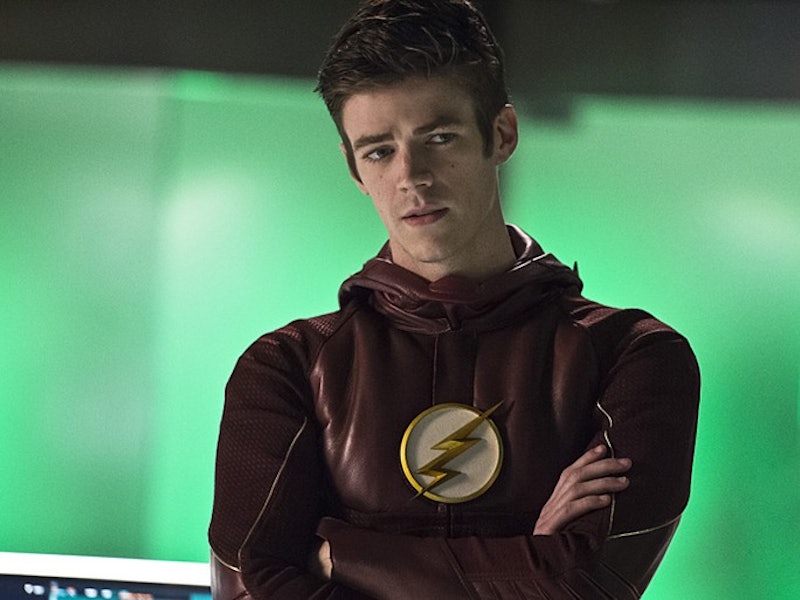 Barry may have only been missing his powers for a few episodes of The Flash, but one could argue that he hasn't truly embodied what it is to be The Flash for far longer than that. That was kind of the point of this week's emotionally draining episode, "The Runaway Dinosaur." Seriously guys, warn a girl next time when she has to stay afloat in her own pool of tears. But, enough about me. Back to the matter at hand. The Speed Force helped Barry get his speed back, but more importantly, his confidence as well.

I'm not going to lie to you, the entire concept of the Speed Force blows my mind. Are they speed gods? Are they spirits? Are they, like, aliens? I truly have no idea. But, what I do know, is that they were able to get through to Barry when no one else could. Even though, they used the appearance of those exact people that he ignored previously to do so. Just... go with it. I get the genius behind the madness. The Speed Force is big on reverse psychology, apparently.

The Speed Force used the figures of Joe, Iris, and Henry to level with Barry and get him to listen. The reasoning they give is more of a comfort thing, but it is way, way more than that. And, that becomes readily apparent when despite Speed-Joe, Speed-Iris, and Speed-Henry's assertion that Barry is and was meant to be The Flash and that there are things beyond his control he isn't at fault for, it isn't until he sees Nora, his mom, that the breakthrough happens. Smart, Speed Force. Real, smart.

Barry was finally forced to confront his mother's death, head on. He first visits her grave (albeit begrudgingly) and was then presented with her Speed Force form (or was it?). She tells Barry how proud his mother is of him. But also, that he has to accept her death and find a way to be at peace with it or he'll never realize his full potential. It's what's been holding him back this whole time.

After reading his favorite childhood book about a mother's undying love with Speed-Nora, and smashing my heart into smithereens, Barry comes to terms with it. And, that's when he catches the thing the Speed Force challenged him to before he was able to go home with his powers. Unsurprisingly, it's revealed that the person Barry was chasing all this time was himself. With that feat conquered, Barry was left with one final task. To be The Flash and return home, he had to leave his grief over his mother in the past and grab Iris' hand towards his future. And, in a beautiful moment, he did.