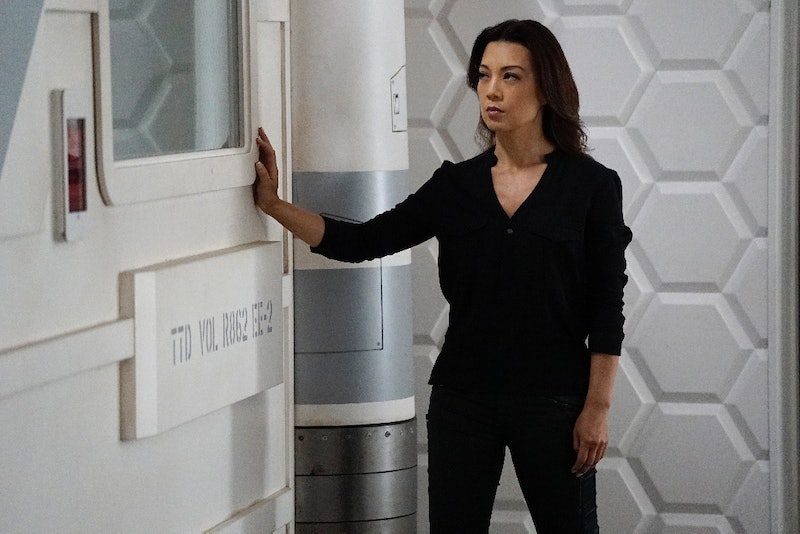 I honestly did not see this one coming. After confronting Hive and freeing Daisy from the sway, Lash died on Agents of S.H.I.E.L.D. at the hands of Hellfire and his fiery new toy. It was sad to lose Andrew Garner, but at least he went out in a blaze of glory and redemption.

Disguised as Lincoln, Lash fooled Daisy (and me) in an alleged escape attempt that put him right in front of Hive. Not to speak ill of the fictional dead, but it was totally not the brightest idea to send Lash, a sort of self-hating Inhuman serial killer, after Hive. Right? Bright or not, it was effective. Big ups to Melinda May for concocting this heist. Their confrontation was epic and somewhat successful. While Hive still lives, Lash was able to do some major damage using the element of surprise. He also sucked the poisonous sway out of Daisy. He just wasn't fast enough for James, who stabbed him with his flaming chain whip. Now that we know that Lash had the ability to un-sway Hive's brainwashed victims, that's a major letdown. Sorry James — we'll see you on the other side of the war.

We also know a little more of Hive's evil master plan now. Using the warhead that he stole from the ACTU ages ago, Hive is going to blast the Earth's population with the mutated terrigen experiment that turned the anti-enhanced people terrorist group that call themselves Watchdogs into creepy Inhuman lackeys. He's building an army in the grossest way possible, which seems fitting for someone made out of what Simmons called "nano-parasites," I guess.

This seems like a fitting end to lash and Andrew's story. He is definitely one of the more tragic figures on Agent of S.H.I.E.L.D. Not all Inhumans lose a part of their personality when they change. I'm glad that, in the end, Garner was able to take control of Lash for a moment. His connection with Daisy was stronger than ever, and hopefully now May will be able to move on.