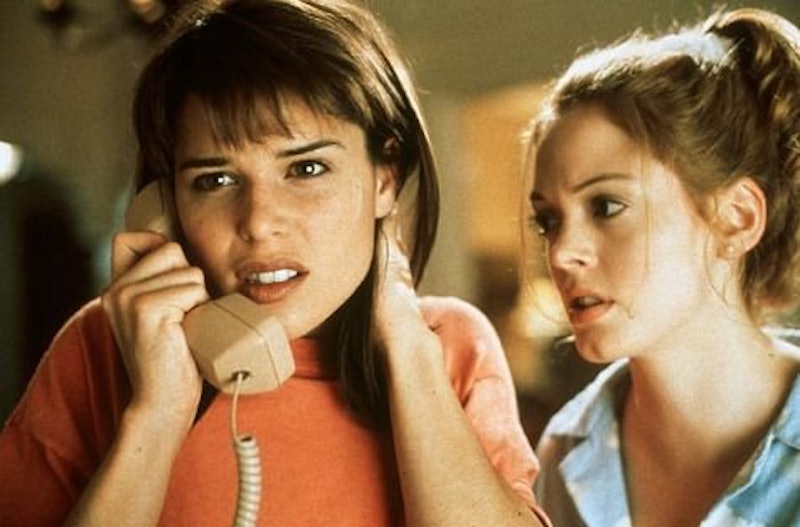 When you look back at things that scared you in the '90s you probably smile at home easily scared you were by some really ridiculous things. But these things, no matter how insignificant and silly they seem now, were nonetheless legit. You would lose sleep over these things. You'd check under the bed for them. They'd haunt your dreams like Freddy Krueger. Things that scared '90s kids are probably going to make you laugh a little if you weren't a '90s kid yourself, or cringe a little in embarrassment if you were one.

Now that we're all grown up, we have a whole lot of new fears to worry about — for instance, '90s kids are terrified of '00s kids and the 18,000 newfangled social media platforms they've conquered. But back in the '90s, what we were scared of was much simpler. A lot of it was inspired by pop culture and the things we saw in movies. But there were also things from real life that were utterly terrifying for us too. Don't forget: the '90s were a time when even the more innocent fears seemed immense. Compared to now, when we're so connected we see all the actual horrors of the world, in the '90s we didn't have as much access to reality. So our childhood fears played out a little different. Here are 11 things that scared the crap out of your in the '90s that don't seem so scary now.

I mean, we all know nothing's going to happen if we say "Candy Man" in the mirror three times. As an adult, I've even done it, and laughed my way through it, because it was something that was so horrendously terrifying to me in the '90s I could never get past the second "Candy Man". Nineties kids know the fear.

2. Drowning Due To A Sinking Cruise Ship

I can count the number of times I went on a giant cruise ship in the '90s on no hands, because the answer is no times. But I, like all children of the '90s, had an irrational fear of going down on a big boat and drowning in the ocean. (Thanks, Leo.)

In the '90s you willingly took part in séances. Sometimes they were even your suggestion. But that didn't mean you weren't wetting in your pants every time you did one. With hindsight, you know some little jerk in your friendship group was pushing the glass around, but back then, you actually thought you were talking to spirits.

4. Calling Someone Up And Asking Them If They Like Scary Movies

It wasn't that you were afraid that someone would call you up anonymously and ask if you liked scary movies. It's that if you were having a slumber party and you and your friends decided to cause some trouble and call someone else up and ask the million dollar question, there was always a nagging feeling in the back of your head that that was the start of your scary movie. Of course the girls at the sleepover party trying to be tough by making prank calls are the ones that get picked off one by one by a mask wearing murderer. Of course they are.

You never looked at mean women the same way again, did you? It might look like cheap prosthetics now, in the age of CGI, but in 1990, the big reveal in The Witches was the height of sheer terror.

We know clowns to be people who dress up to do magic tricks and slapstick comedy. Now. But in the '90s, clowns were all Pennywise. Every single one of them.

7. Anything In Any Goosebumps Book Ever

The concept of Goosebumps books and their subject matter might seem juvenile now, but there was a time where you'd lose sleep after reading them. I was even banned from reading them as a kid because a Goosebumps book read would always result in me crawling into my mum's bed in the middle of the night, shaking with fear.

8. Falling Down A Storm Water Drain In The Rain

The anxiety we all had after watching Now & Then is that we'd fall into a storm water drain and nearly drown in a storm. In the '90s, we gave all drains a wide berth.

9. A Sparkle Of Glitter Eyeshadow Falling Into Your Eye And Blinding You

In the '90s you were always terrified the glitter would were putting on your eyelids as eyeshadow would fall into your eye, and cut your retina, blinding you. But you still wore the eyeshadow. They say courage isn't the absence of fear, but the strength to go on in spite of it.

10. Your Favorite Video Tape Getting Tangled Up In The Tape Player

Watching a tape die was a '90s child's greatest fear.

Remember how scary the prospect of the Millennium was in the '90s? Remember how we were all trying to "prepare for the worst"? Seems a little silly now, doesn't it?