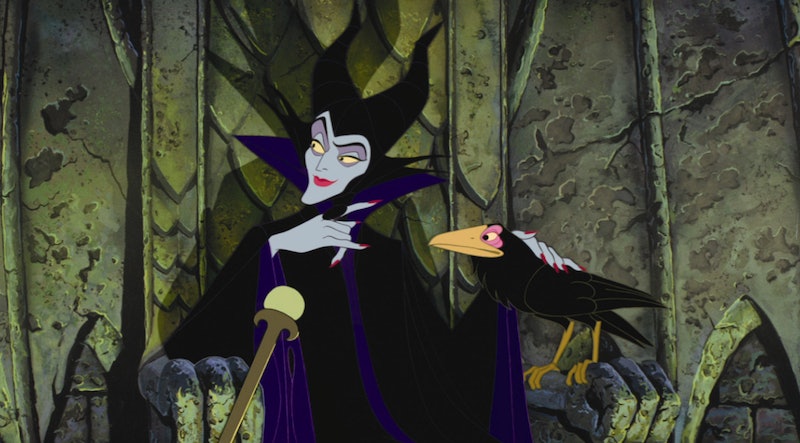 Before we had a world of information at our fingertips, we lived in a universe of imagination, make-believe, and exploration. As such, there were certain things that every '90s kid was afraid of. We couldn't Google stories to see if they were true or accurate; nor could we ask Siri for more information. Instead, we had to find out on our own. Today's kids are scared of going someplace without Wi-Fi, because without it, how will they post pictures of their brunch on Instagram? '90s children's nightmares, however, were much more terrifying. Much more real.

I think this might be one of the things I miss most about the '90s: The suspension of reality. You weren't stupid for believing in urban legends or ghost stories or Ouija boards. In fact, you might've been considered a bit of a badass if you were brave enough to confront them. I was always too scared to mess with the Ouija board, petrified that I'd unleash some sinister spirit that would follow me around for the rest of my days.

What were your '90s nightmares made of? Here are nine things that had many of us shaking in our boots. (Seriously... Can someone hold my hand? I'm scared already.)

No, not that Bloody Mary; I'm talking about the legend in which you shut yourself in a bathroom lit only by candle, called her name three times, and waited to see what... or who... appears in the mirror. All right, I can't go on. It's too much.

2. Calling Your Crush And Having Their Mom Pick Up The Phone Instead

This wasn't a time when everyone had their own cell phone. You'd have to muster the courage to call your crush's landline — but because you had horrible luck, their mom would answer and you'd have to pretend you had the wrong number. Absolutely terrifying.

3. Light As A Feather, Stiff As A Board

This game was a slumber party favorite, largely thanks to The Craft . Chant the words, and you and your girlfriends could supposedly lift each other up using nothing but your fingertips. I don't think we ever accomplished this without someone dropping someone.

This episode of Are You Afraid of the Dark? featured a pool that was built on top of a graveyard... and then this guy happened. I think we all peed our pants a little watching this one in particular.

5. Chain Letters — You Were Definitely Going To Die In The Middle Of The Night

The basic premise was always the same. You'd receive an email (to your Hotmail account, of course) from some little girl with black hair and red eyes who was ruthlessly killed, and she was going to appear at the foot of your bed and kill you later that night... unless you forwarded that email to 20 people in the next 10 minutes. In that case, your life would be spared.

Remember in The Witches when that lady finally took her human mask off? It's the stuff of nightmares. Seriously.

She wore her hair in that tight, little bun, and she yelled a lot, and if you weren't careful... she'd lock you in the chokey.

This unforgettable character was certainly iconic, but something about her gave me the creepy crawlies. I'm not sure if it's the chiseled cheekbones, or maybe the horns.

Ah, but of course. One of the many times the world was supposed to end. It had to do with the last day of 1999 and the first day of 2000, and the switch to using "00" in the traditional dd/mm/yy date — meaning that 2000 would be indistinguishable from 1900. Computers were going to go bonkers and planet earth was going to come to a screeching halt. Except... neither of those things really happened.

More like this
What Is The Forest Personality Test? The TikTok Trend, Explained
By Georgina Lawton
22 Movies On Netflix That Are Perfect For The Whole Family
By Bustle Editors
Watch The Teaser For Amazon's Adaption Of The 1992 Film 'A League Of Their Own'
By Sabienna Bowman
The Best Memes & Tweets About The Discontinuation Of The Choco Taco
By Alexis Morillo
Get Even More From Bustle — Sign Up For The Newsletter