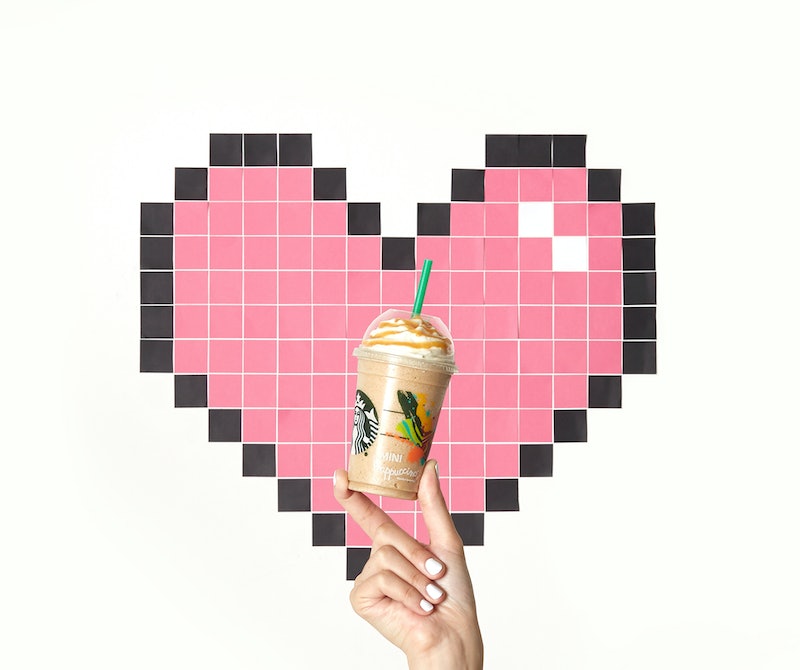 It’s back! The Mini Frappuccino will once again be filling our summer with tiny-sized fun, to the delight of coffee and crème lovers everywhere. So, when is the Starbucks Mini Frappuccino available, exactly? The answer is a two-part affair: Part one is “RIGHT NOW,” and part two is “for a limited time.” So go! Hie thee to thy local Starbucks! Rejoice, for the time of the Mini Frapp is upon us!

The Mini Frappuccino debuted almost exactly a year ago — May 11, 2015, to be exact. Like so many of the best things in life, they were only available for a brief amount of time; by July 6, they had vanished, leaving a gaping yet adorable hole in our Frappuccino-flavored lives.

Similarly to the S’mores Frappuccino, though, they were such a big hit last summer that this year, they’ve come back for more. Starting on May 16, 2016 (which, in case you hadn’t noticed, is today), the Mini Frapp has returned to us — and although it’s still only a limited-time offering, it’s going to be around a heck of a lot longer than it was last year: A Starbucks spokesperson tells Bustle via email that the cute little Frapp cups will be available throughout the summer while supplies last at participating Starbucks locations in the United States and Canada. If we count “summer” as lasting at least through the end of August, that means we’ve got two whole months more of Mini Frapps ahead of us this year, for a total of three and a half to four months. Heck. And yes.

I love me a Frappuccino, but my one complaint is that by the time I get to the bottom of one, I’m usually… over it. Apparently there is only so much frozen coffee goodness I can take in one go. At 10 ounces, though — as opposed to the 12 ounces that make up a Tall — there’s less of a chance that you’ll get out-Frapped by the end, instead leaving you with some pleasant memories of a delicious treat. You remember in Emma when Jane Austen writes, “It was a delightful visit — perfect in being much too short?” That’s how I feel about a lot of things in life, including Frappuccinos. Better to have something finish too soon and leave you wanting more than to have it drag on until you just can’t wait for it to end.

The price of a Mini Frapp will vary by market (as always), but on average, it’ll set you back about 20 to 30 cents less than a Tall; additionally, you can get literally any Frapp flavor you want in a Mini size, so go wild. Maybe give one of those Starbucks Secret Menu recipes a try. Happy summer!