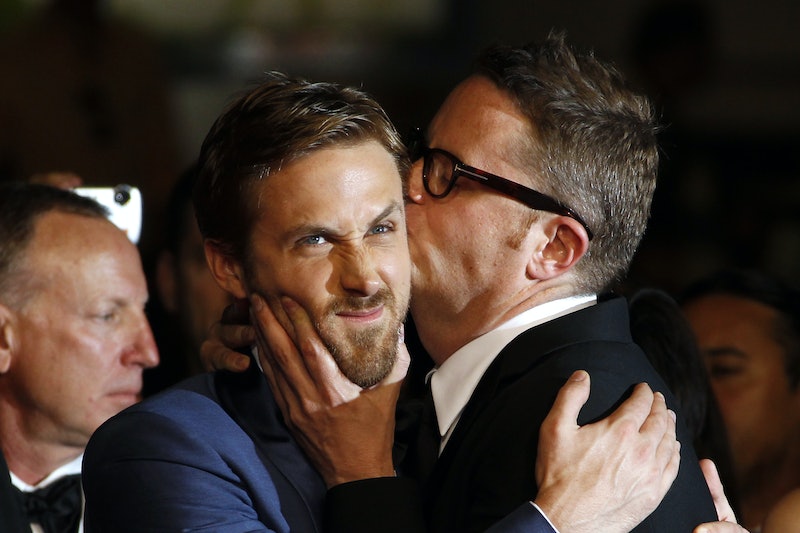 When Gosling breaks his arm in one of the opening scenes — thanks to co-star Russell Crowe's character — he wears a plain white cast with some doodles on it. But the drawing that adorns Gosling's cast is fairly significant. I noticed the drawing looks a whole lot like a small goose, or rather, a gosling. Was this a nod to the actor himself?

I asked Gosling about the gosling on his arm, and he seemed surprised I noticed it in the first place. "That was Angourie," he says. "We gave her the cast and said, 'Draw what you want,' and she drew a duck, a crying duck. And I said, 'What's that?' And she said, 'It's you.'"

Subtle, Rice. Real, subtle. Look out for this easter egg, or should I say — gosling egg — when the film hits theaters May 20.