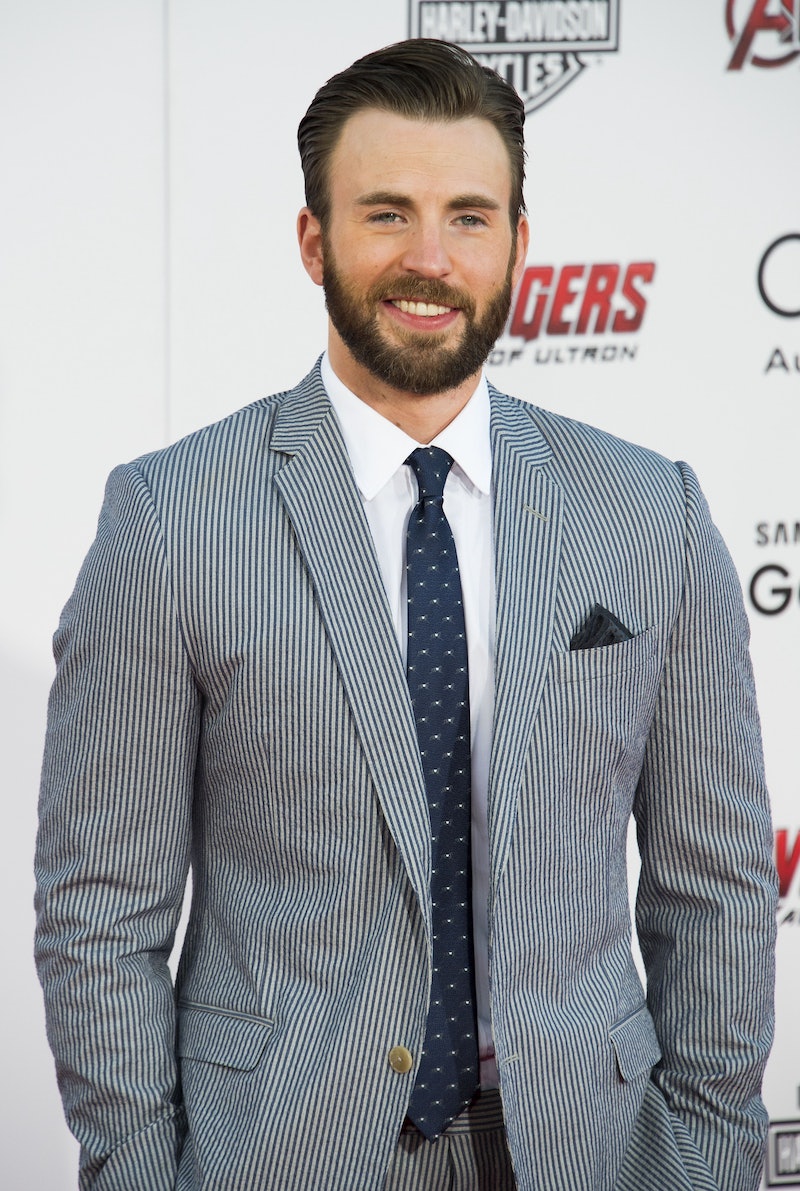 Every day the world of social media is changing. Facebook is pretty much a thing of the past that is deemed "uncool" by the kids these days. As for Twitter and Instagram, well, they're still pretty awesome, but they better take note, because Snapchat is quickly becoming one of the biggest phone apps. Seeing as it is the hip thing to do, celebs need to start joining to up their cool factor. Plus, who doesn't love to follow celebs on Snapchat and see a unique perspective of their lives? Unfortunately, there is one particular Marvel superhero who is missing from the Snapchat universe. If you've been keeping yourself up at night by wondering, "Does Chris Evans have Snapchat?" I hate to be the bearer of bad news, but he does not. Or, he does and is just being super private about it, which means he needs to reveal his username, stat.

Even though he doesn't have a public Snapchat, there's not doubt that the Captain America: Civil War star would rock at posting snaps. You know his story would be filled with such amazing photos and videos, not to mention for those who consider themselves Evans fanatics, it'd be another way to keep up on his daily life.

It's really unfortunate that the actor is not on Snapchat, but that doesn't mean fans can't imagine what his story would look like.

That's really the only reason I'd need to follow him on Snap, but keep reading.

I know Marvel fans would love this.

Clearly, Dodger is a star.

He Couldn't Help But Showcase His Family

He Could Promote Charities Close To His Heart

Christopher's Haven in Boston is a charity Evans has supported for some time now, so what better way to promote it than through Snapchat?

He'd Win At The Marvel Filters

For my fellow Snapchat users, you know how sometimes there are filters promoting the Marvel films? Yeah, Evans would be a pro.

He Would Do This:

And those are only a few things fans would probably see on Evans' Snapchat. Now, here's hoping he joins sooner rather than later.