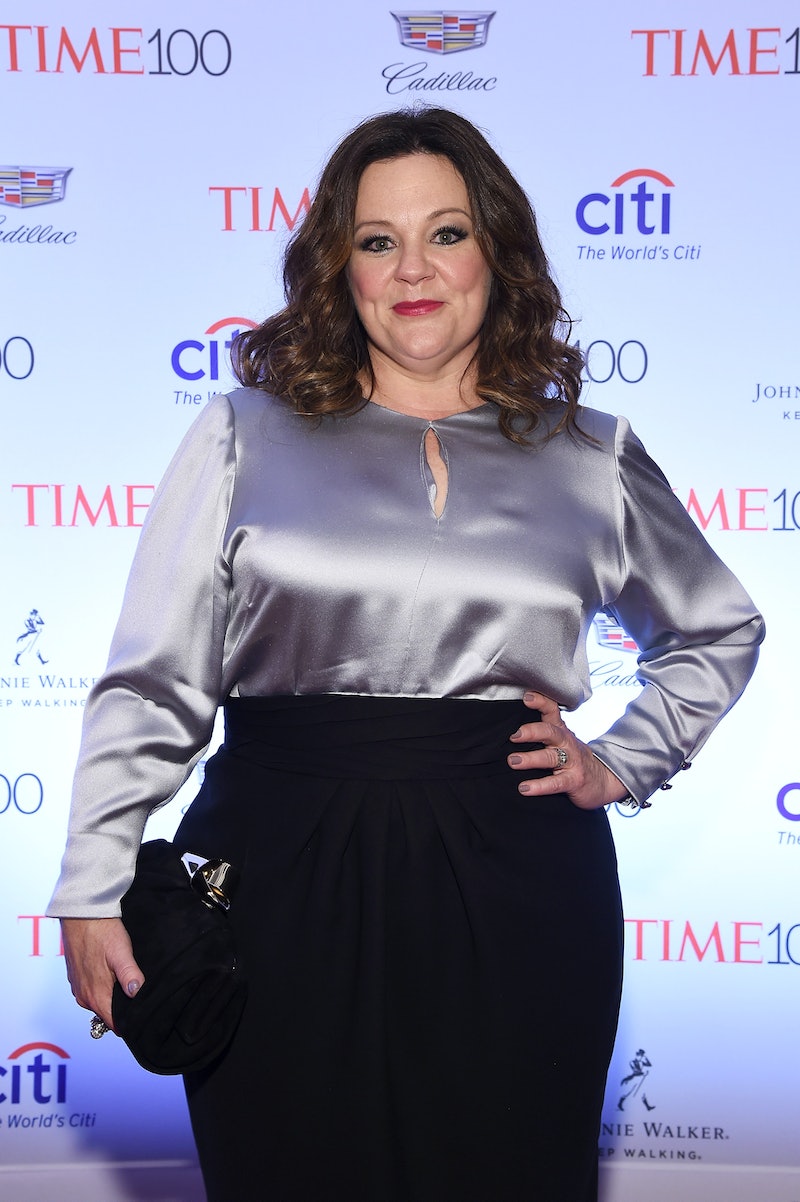 Another day, another lack of information about what's really going on in Stars Hollow. On Tuesday, Yanic Truesdale, who plays Michel, tweeted that he was spending the day on the set of Gilmore Girls, working with Melissa McCarthy, and the minute I read the tweet, my heart caught in my chest. Could this mean that pictures of McCarthy as Sookie St. James in the Gilmore Girls revival were minutes away from hitting the internet? Considering the fact that Truesdale regularly posts pictures from the set to his Instagram account, I fired that baby up and hit refresh until my fingers went numb. Alas, no pictures of McCarthy as Sookie surfaced. But as I nursed my tears and tried to self-soothe, the lack of pictures got me wondering: Why haven't there any pictures of McCarthy on the Gilmore Girls revival set? Is it because posting them would have revealed too much about the plot of the revival or Sookie’s role?

Here’s my theory: I think pictures of McCarthy as Sookie St. James were never posted because they would have given away way too much about the revival. Think about it: If Truesdale had posted pictures of McCarthy in full costume on the Gilmore Girls set, and she had appeared in anything other than a chef hat in the Dragonfly Inn kitchen, the internet would have gone crazy with conspiracy theories.

So I’m thinking that whatever Truesdale and McCarthy were shooting on Tuesday couldn't be shared with the public in any way, and that is why he didn’t post a single photo. But what exactly could those pictures have revealed about either the revival or Sookie’s part in it?

Well, if she was all dressed up, for instance, photos may have revealed whether or not the wedding we've been speculating over is going to really happen. Or if there were pictures that showed her in regular streetware in the kitchen of the Dragonfly Inn, they may have suggested that she’s no longer part owner of the inn with Lorelai.

Whatever Truesdale was filming with McCarthy, I have a feeling that the absence of any photos or information means that Sookie’s cameo comes at a pivotal point in the Gilmore Girls revival. I just can’t wait to see what it is.