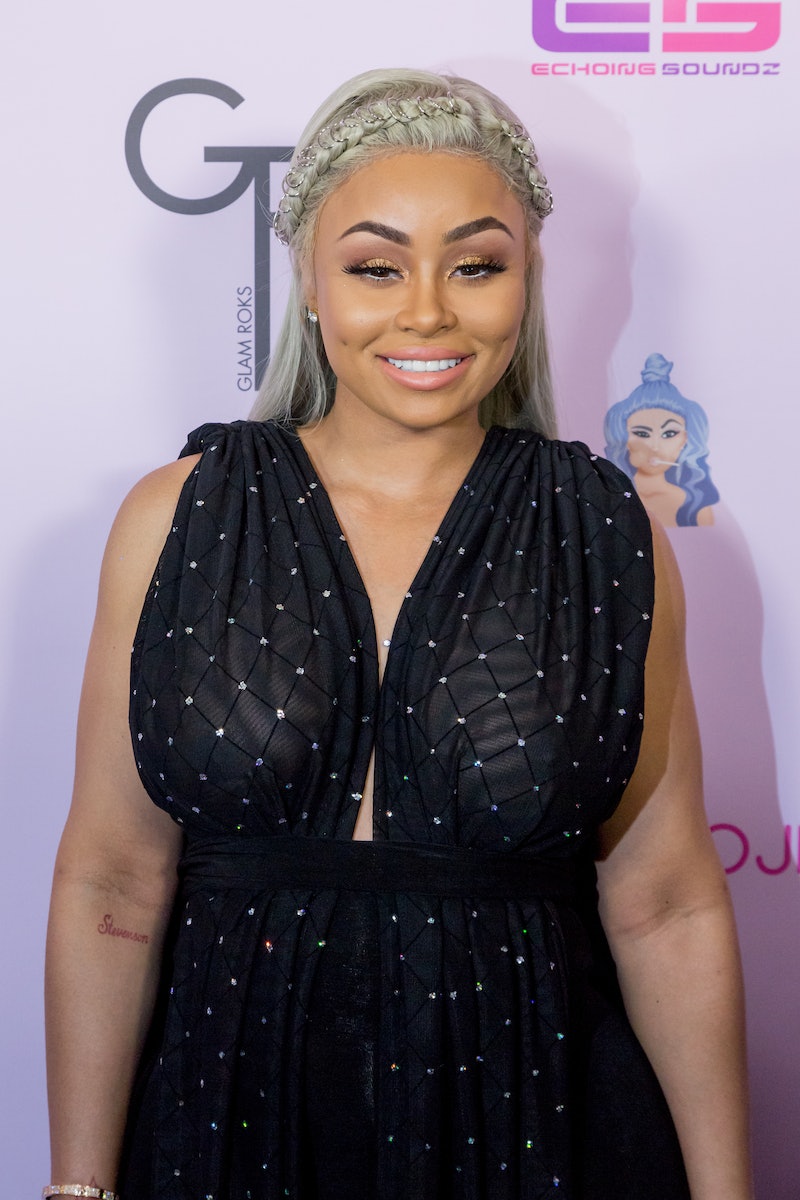 Well, it looks like the Kardashians have more drama on their hands. According to an Us Weekly source, Kris Jenner leaked Blac Chyna's pregnancy news to TMZ and Rob Kardashian's fiancée is not happy about it. "Chyna thinks that Kris leaked it to them, and she is furious," a source told Us. Apparently, Chyna wanted to announced her pregnancy on Mother's Day, but TMZ broke the news on the Friday before the holiday. The drama never ends in this family, does it?

Bustle has reached out to a rep for Jenner for comment, but has not yet heard back.

If you recall, this isn't the first time this rumor has been brought up. On Friday, May 6 (the same day ChyRo's baby news broke), People reported that Chyna felt like her moment was stolen and that she was pushed into announcing her pregnancy thanks to an unnamed Kardashian family member.

Her rep told People at the time, "She would have preferred to have announced it on Mother's Day herself,but her hand was forced." The rep added, "But allegedly the other half of her family leaked her story so she had to announce it." Chyna's rep also seems to think the reason one of the Kardashian family members leaked the news was as publicity for their E! reality show, Keeping Up With the Kardashians. "It's the business," her rep said. "There's a TV show to promote."

Per her rep, her pregnancy also made headlines before the 28-year-old model could tell her mom. "The only people that knew from Chyna's side was myself and Amber [Rose]," her rep revealed. "Her mother didn't even know. [Chyna's] moment was taken from her, which is really sad."

Well, let's hope Chyna's soon-to-be mother-in-law didn't leak the news. If so, I can only imagine there'd be some tension between Jenner and her son.

All the rumors and drama aside, things seem to be going well for Chyna. Not only did her rep tell People that Chyna is "very happy and doing great," but she just released her emoji line, Chymoji, which is an exciting time for her. She definitely has a lot of good in her life right now, including Kardashian, who does nothing but praise her. For Mother's Day, he took to Instagram and wrote, "I fell in Love with her immediately because of how great of a mom she is and now I'm looking forward to starting a Family with her ! Thank You Chy for everything you do for me LOVE YOU."

At least they have one another to lean on during the tough times and whatever may or may not be revealed to the press.