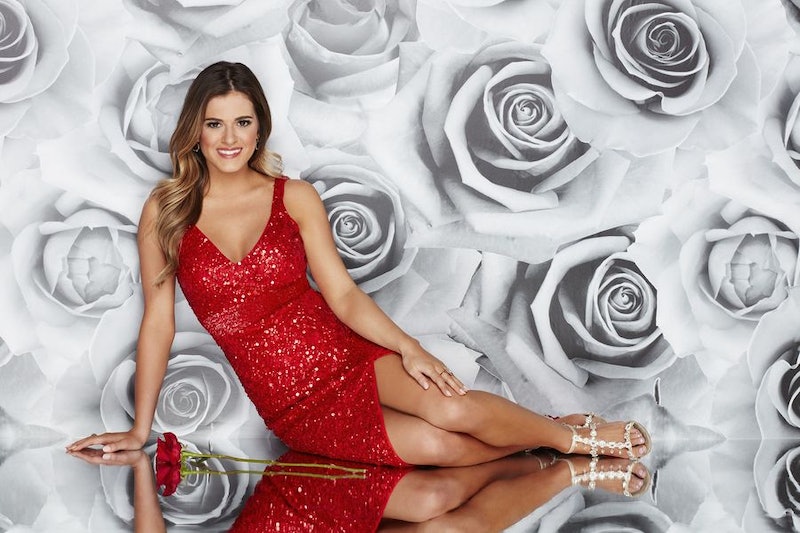 There was a definite universal giddiness erupting Thursday when ABC announced the 2016 contestants of The Bachelorette . For anyone looking to restart their Bachelor fantasy league back up or pre-emptively judge who will be the best match for JoJo Fletcher after she got passed by Ben Higgins, it's always a thrill to page through those fresh photos and cast bios. There is one kind of strange things that tie two Bachelorette contestants together: an interest in eccentric billionaire businessman and TV personality Mark Cuban. And considering how random that seems, it makes us wonder... is it a hint that Cuban could be a guest star on The Bachelorette ?

Wait, let me backtrack a bit, in case you haven't gotten around to sorting through JoJo's suitors (HOW, THIS IS A PRIORITY). Among the survey questions for this season is the tried and true question, "if you could have lunch with one person, who would it be and why?" Now contestant Luke picked Cuban because he wants to know "what he thinks made him successful." Which... I'm sure you could probably Google, but it's nice that Luke would want to listen to the full story over some burgers or something. Another primo question asks contestants the top three items on their bucket list. The number one item on Christian's bucket list? Apparently it's to "build a relationship with Mark Cuban and earn his respect."

Now, it's fair to say Cuban is definitely one of the most accomplished individuals out there, so it makes sense for dudebros to look up to him. It could just happen to be mere coincidence that two of the contestants think of him so highly. Still, the world is ridden with people to spend time with. There's been a bajillion Bachelor/Bachelorette contestants alone. Maybe this is ABC's way of hinting at something.

Here's something to consider: Cuban is a regular investor (a shark, if you will) on Shark Tank, your other favorite ABC reality show. It wouldn't be unheard of for the network to push Cuban to make a guest appearance, since an odd amount of contestants seem to showcase interest in him.

Another thing to keep in mind is that The Bachelor franchise has been around for a jarring 14 years now, and, even though it seems bigger than ever, network execs will pull any sort of weird stunts to keep things fresh. Celebrity guest appearances seem a bit out of place on a dating reality show like this, but for whatever reason they fit Kevin Hart and Ice Cube on The Bachelor last season as a way to promote Ride Along 2. They fit the duo into a hot tub with Ben and Caila Quinn, no less. So what if to cross-promote Shark Tank there was a competition to go on a date in water-skiing with Cuban?

Or you know, whatever billionaires do. Truthfully I still think his best TV appearance was on The Simpsons , but based on that I would be a bit concerned to have him play escort on my date.

Perhaps this is all a farfetched theory and I'm just reading into it after re-reading the bios over and over again. The season doesn't start up until May 23, so only time will really be the judge of whether this season will have any guest stars, Cuban or otherwise. But hey, it would definitely be amusing to see ABC make dreams (random, random dreams) come true by bringing him on. And hell, forget JoJo. Maybe him, Christian, and Luke can get set-up on a three person lunch date where each contestant would vie for his attention.

Now that's television I could watch.