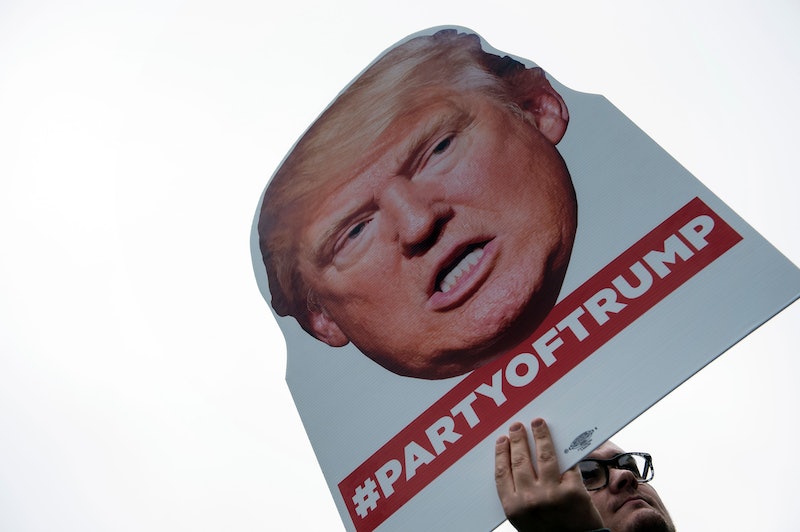 The Republican presidential primary hasn't been much of a contest since Ted Cruz and John Kasich dropped out. Indiana voters cast their ballots on May 3, effectively handing the nomination to real estate mogul Donald Trump. With the GOP's attention turned toward November's vote, most election chatter now revolves heavily around who Trump will choose to round out his general election ticket. A lot of names have been tossed around, including those of Trump's former primary rivals. But who might Trump announce as vice president that could potentially cost him the election?

The presumptive Republican presidential nominee recently told the Associated Press he'd narrowed his list of potential running mates down to just "five or six" candidates, adding he won't announce his pick for vice president until the Republican National Convention in July. But that hasn't stopped anyone, myself included, from speculating about who made Trump's shortlist.

Trump lives to be unpredictable. So, he might walk into the Republican National Convention with a veep pick everybody loves, someone the party can really rally behind (because even the GOP knows Trump is going to need a unified front) going into the general election. But what if he doesn't?

I love a good worst-case scenario. Which is why I've taken it upon myself to analyze — in no particular order — the six most horrifying vice president picks Trump could make.

Former Republican presidential candidate Ben Carson endorsed Trump shortly after ending his own White House bid and has tried (but failed miserably) to be a good campaign surrogate. The list of instances when Carson's bizarre form of support took the form of a backhanded compliment only continues to grow. My particular favorites, however, include when Carson once implied he'd have rather endorsed someone else and when he said outright that Trump had "some major defects" and there was "probably" someone better. As a vice president, fellow political outsider Carson likely wouldn't help Trump find favor among the Republican establishment and many voters would likely find the duo's lack of experience (neither have held an elected office) concerning.

Speaking of former Republican presidential candidates, New Jersey Gov. Chris Christie also hopped aboard the Trump train when his own campaign derailed ahead of Super Tuesday in February; his name has been tossed around a lot, even by Trump himself. Certainly, Christie has the political experience that Trump needs in a veep — although Bridgegate may come back to haunt him — but his brash rhetoric does little to balance Trump's own.

If I've learned anything during the primary, it's that Trump needs no help offending and inflaming people. Moreover, Christie's inability to draw in minority or female voters would be of little help to Trump in the general election. For example, while campaigning in New Hampshire, Christie had said he supported equal pay for women but backed away from taking any legislative action as he felt there were already "plenty of laws on the books now to make sure that women get equal pay."

Some have argued that long-time Trump supporter former Alaska Gov. Sarah Palin could help Trump drum up votes among women while helping him appease both those looking to put a political outsider in the White House and those hoping for a bit more political experience. A 2010 Stanford University study also found voters were put off by Palin, with her presence on John McCain's 2008 election ticket costing him 2.1 million votes. Moreover, Palin's been the butt of more than a few jokes since she was announced as McCain's running mate, and Democrats are well versed in Palin's weak spots, which could spell trouble for Trump should he name her as his vice president.

Trump dropped Jan Brewer's name in an interview last week with Fox News' On the Record, claiming the former Arizona governor, who he described as "fantastic," was on his shortlist. Her reputation on immigration, however, could potentially push a significant number of would-be supporters away. Brewer made headlines in 2010 when she signed the country's most restrictive immigration bill into law.

Under SB 1070, legal immigrants in Arizona were required to carry their paperwork with them at all times and submit to police questioning whenever confronted. In 2012, Brewer came under heavy criticism again after she defied President Obama's deferred action program by signing an executive order of her own that denied state benefits such as driver's licenses to undocumented immigrants.

I wrote about Mary Fallin as a potential running mate for Trump when the Oklahoma governor's name was first tossed into the ring of speculation last month. At the time, Trump had called South Carolina Lt. Gov. Andre Bauer's recommendation that he vet Fallin for as a VP "great advice," but her conservative policies and reputation of contempt for due process could cost him a significant number of votes.

She's come under fire for her role in Oklahoma's 2014 botched execution, for banning cities in her state from raising their minimum wage, and for cutting benefits to all members of Oklahoma's National Guard rather than see same-sex couples in her state receive federal benefits. There's a lot for Democrats to target in a Trump-Fallin ticket.

Sources close to Trump told Time the presumptive Republican nominee was mulling former speaker of the House Newt Gingrich as a potential running mate. Although a member of the Republican establishment, claims Gingrich is the political insider Trump needs are debatable. Gingrich has not held an elected office since 1999, making him nearly 17 years out of date. He holds little sway with black or Latino voters and, with three marriages and one admitted affair under his belt, could prove a risky running mate with female voters.