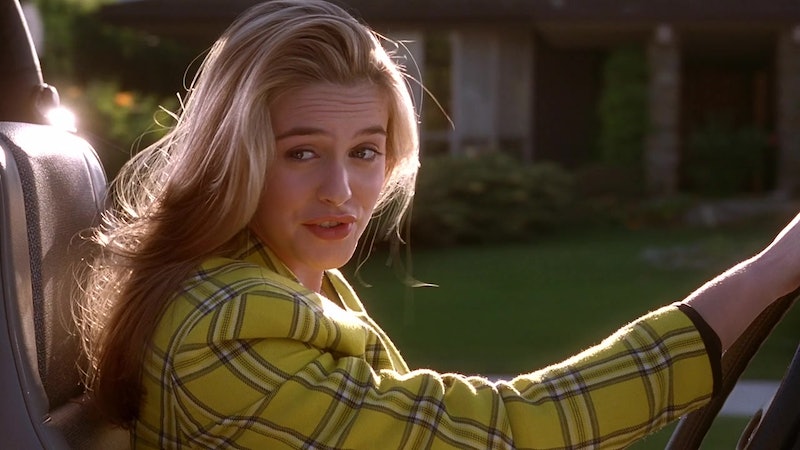 Comedy queen and the writer/director behind Clueless Amy Heckerling is set to appear in person on Saturday May 14 and Sunday May 15 at the New York Metrograph Theater, which is hosting a retrospective of her work. She's much loved for the 1995 comedy classic Clueless, and no wonder. What stands out when re-watching the film is how unrelentingly and unabashedly sunny its tone it is. While this is par for the course for comedies, we have recently learnt that this was no coincidence, but a considered and deliberate decision Heckerling made for the film.

“I wanted it to be so goddamn happy,” she told Entertainment Weekly in an interview. “Even when [Cher] was sad, she was happy-sad.” She notes that this tone set Clueless apart from the other films targeted at teenagers around the same time. “While I was making Clueless, Kids was being made, which was [about] street kids in New York, and a guy having sex with underage girls and giving them AIDS. Reality was still being reflected, maybe the worst [parts of] reality, but I was more interested in happy fantasy.”

This, to me, is what made Clueless so revolutionary, and why it still feels so uniquely itself. Clueless's happy-go-lucky tonality didn't make the film airheaded. It made it refreshing.

Perhaps what makes Clueless so happy, and Kids so sad, isn't that Clueless is about rich kids and parties and Kids is about the spread of AIDS. Perhaps it's about the morality of its characters. Clueless, for all its focus on popularity and status, is profoundly utopian: it boasts a cast of peculiarly good-hearted popular kids. Cher's queen of the school but she spends most of her time worrying about the happiness of all of the people around her, including her profoundly unfashionable teachers, that new kid, and her skateboarder stoner friends. Similarly, while Dionne's boyfriend Murray refers to Dionne "woman," something she challenges, Murray's considered defense of this ("OK, but, street slang is an increasingly valid form of expression. Most of the feminine pronouns do have mocking, but not necessarily misogynistic undertones.") suggests he's thoughtful about his attitude towards women and language.

Even the aesthetics of the film mean watching it feels like getting a shot of pure happiness injected directly into your eyeballs. Consider the lighting: this alone means watching Clueless feels like spending one hundred minutes being bathed in Californian sunshine. Like here, as showcased in Cher's cascading waterfalls of blonde hair:

Or even this scene:

In the mid 90s, when grunge and minimalism dominated the fashion landscape and faded flannel was compulsory, the technicolor costumes go a long way to adding to this carefree, happy vibe and establishing the film as firmly fixed in fantasy. Clueless is a visual manifesto dedicated to proving one thing: cool girls wear color.

Dionne even braids her hair with colored thread:

Now, when Tai does flannel, it's in miniskirt form:

It's easy to dismiss peppy vibes with being airheaded. If we're intellectually lazy, we associate depression with smart people, because we assume they're sad because they think more deeply about the suffering present in the world. But Clueless' happiness was one of the smartest decisions Heckerling made: it ensured the film stood out in an era of fashionable sulking, and that it remains a joy to watch today.