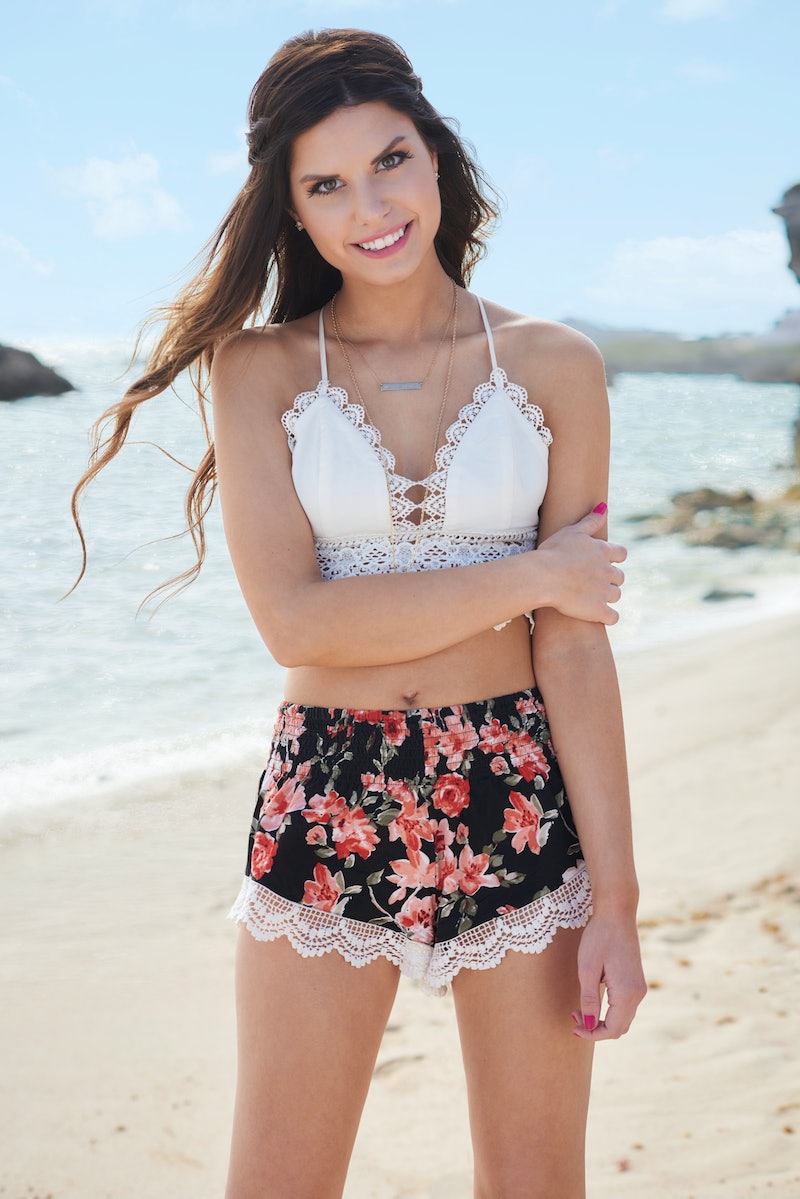 FOX's Coupled is taking women from all walks of life and giving them their pick of suitors while housing them in a luxurious island resort. The couples of Coupled will form while on the show, and viewers will watch a variety of cast members get together, and possibly fall apart. One of the women who hopes to fall in love during her time in Anguilla is Coupled star Alex Clark. FOX is taking a different approach to this dating show, focused more on the romance itself than the conflict that arises between people competing for the same 12 women and Alex seems like the perfect fit for a show like this.

Alex is no stranger to having an audience. She is known to those in the Lousiville, Kentucky as a midday radio personality for 99.7 WDJX. Alex will provide a midwestern flavor to the proceedings on Coupled, but how will this small-town DJ fair on a tropical island? It seems that Alex might be interested in finding love, but she's even more interested in having a fun time. Her unique energy and sense of humor will be a perfect repellant for drama and help ensure that everyone is having a good time on Coupled. Here's everything you need to know about Alex before the premiere of Coupled on FOX on May 17 at 9 p.m. ET.

Alex makes frequent mention of her love of Chicken Nuggets and, according to a profile in Extol Magazine, has even referred to herself as a Chicken Nugget Princess. If Alex wanted to grow up to be a princess, then she's living her dream in the best way possible thanks to those tiny, fried pieces of chicken.

Her Makeup Skills Are A+

Alex may end up being the most relatable person on the show, and possibly on this season of reality television. She understands the importance of being able to apply makeup under the influence, especially when that influence is a glass of wine or two.

Did I Mention She Loves Chicken Nuggets?

Alex's whole world seems to revolve around the philosophy of #NuggLyfe, and she lives it in the truest way possible. So much so that even her fans have delivered offerings of chicken to her workplace.

Alex's favorite celebrity is Taylor Swift, and she's gotten the chance to interact with the famous singer on multiple occasions. Alex's fandom seems to even be leading to a genuine friendship, as Extol Magazine reported that in 2015 "Taylor mailed a handwritten card to Alex, which prompted weeks of excitement." Alex's love of Swift is so inspiring, but it's clear that Alex only has one true love in her life...

If anyone still had any doubts that Alex was not the true Chicken Nugget Princess, relieve yourself of those fears — for clearly there is no one else suited for that crown quite like she is.

While Alex is participating in Coupled to look for true love, it appears from her Instagram feed that she has already found that love in the form of nuggets. However, try as one might, love can not sustain itself through fried chicken alone. The question then become, "Will Alex Clark discover the human male equivalent of a chicken nugget?" The world may never know. What is known, however, is that Alex is going to be a fun, exciting presence on what's looking to be one of the most unique new dating shows to hit television in a long time.