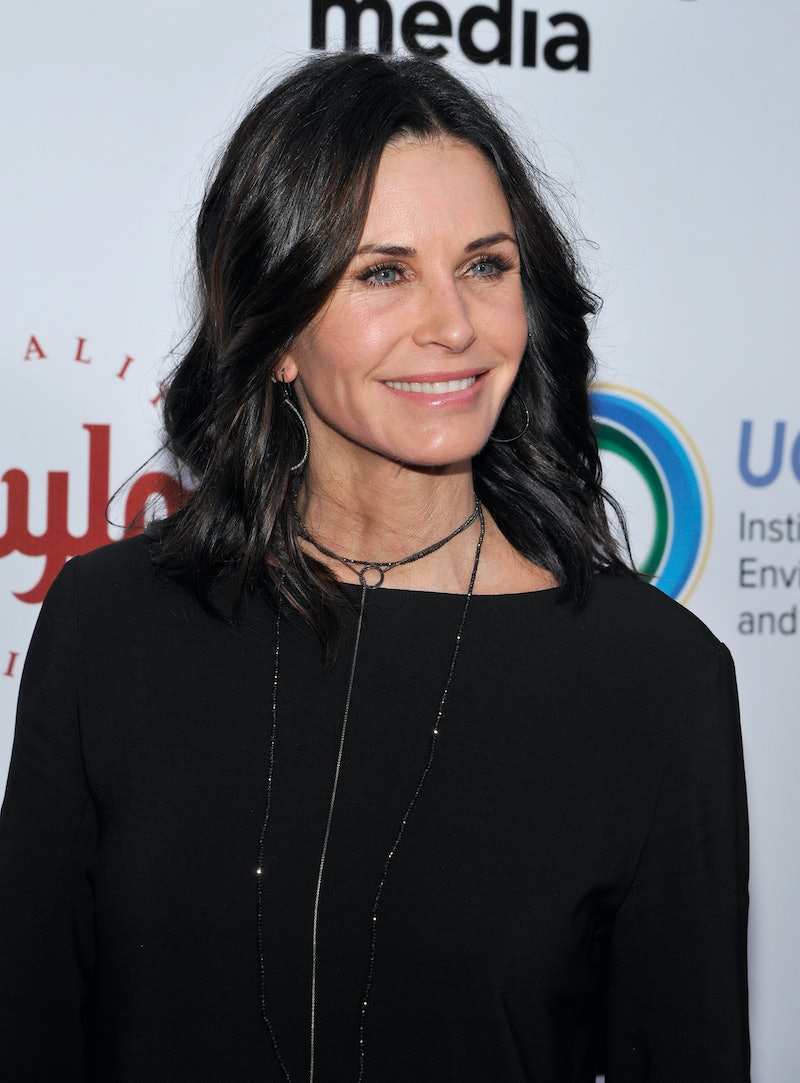 A whole new crew of celebrities have signed on to run wild with Bear Grylls in the upcoming season of the NBC series Running Wild with Bear Grylls. But when I heard that Courteney Cox would be one of the celebrities joining Grylls in the middle of nowhere to see how long she could last, the first thought I had was, “Oh man, Monica Geller would be great at that.” Because can't you just imagine Monica stuck in the middle of nowhere with nothing to guide her way but a few items that she’s managed to pack for the adventure? Honestly, I think she’d be incredible at surviving the elements, which is why I hope Cox takes her former Friends role into account when packing for the trip. Because as much as she might be a Hollywood big wig, Cox might fare a little bit better in the wild by relying on Monica’s wily smarts and sheer strength.

You might think that Monica packing all 11 types of towels she keeps in her linen closet might seem like overkill, but when it comes to surviving the cold and trapping animals, they might really come in handy.

Things To Cook With

Does Bear Grylls need a stand mixer to survive? Probably not. But if Monica showed up with one, you know he wouldn’t complain.

Items For A Perfect Bath

Bath salts and the wild don’t seem like they would go together, but staying sane and relaxed is an important part of survival. So if that means finding a warm eddy and filling it with lavender bubbles, so be it.

Don’t laugh. When mold starts growing on your sleeping bags or you’re attacked by a swarm of bees, that gallon of bleach could really come in handy.

Because everything is better with coffee. Especially the outdoors.

With six heads in the game, their chances of survival may just increase.

By far Monica’s greatest survival tactic, her freakish strength will get Cox through some of the toughest challenges of surviving the wild.

So if Courteney Cox knows what’s good for her, she’ll take a play from Monica’s book and be sure to bring some of these survival essentials.