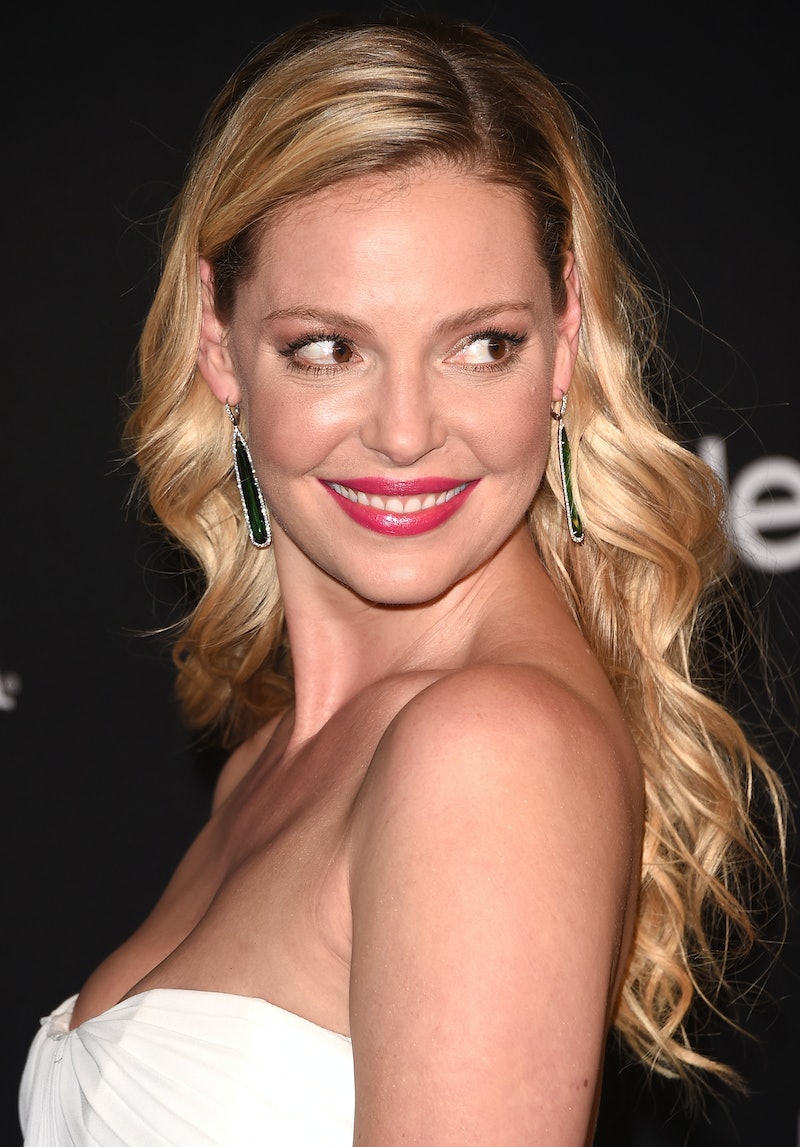 Paging Dr. Izzie Stevens — aka Katherine Heigl. Looks like the Grey's Anatomy actress just landed an exciting new TV gig. According to Entertainment Weekly, Katherine Heigl will play a successful defense lawyer on Doubt , CBS' new drama. (Boss alert!) Though we've seen Heigl in and out of the rom-com sphere post-Grey's Anatomy, this will mark a return to primetime in a big way. (She did have a starring role on the short-lived on State of Affairs, but it was canceled after one season.) The premise seems promising — I, for one, will never knock a female-led show about a woman in a position of power — and Heigl definitely has the acting chops to pull it off. What I'm really trying to say is: Let's hope Doubt sticks around. And also, welcome back, Heigl.

Though it might be easy to write Heigl off as a clichéd rom-com actress, let us not forget how incredible she was as Izzie Stevens on Grey's Anatomy. And don't just take my word for it — homegirl nabbed a "Best Supporting Actress" Emmy in 2007 for her role. According to EW, Doubt will center around Heigl, being a presumably badass defense lawyer, of course, but with a distinct kicker. Apparently, Heigl will develop romantic feelings for one of her clients — a client that may or may not be guilty of a "brutal crime." A romantic (and OK, unprofessional) connection between two unlikely people? Sounds like Izzie and Denny Part II, am I right?! Again, what I'm really trying to say is: Let's hope Doubt sticks around because it sounds awesome.

And, if this alone doesn't get you on board with the show, take a look at the rest of the incredible cast. According to EW, we've got Steven Pasquale (Rescue Me), Laverne Cox (Orange Is The New Black), Dulé Hill (The West Wing), Dreama Walker (Don't Trust The B In Apartment 23), and Elliott Gould (Friends). Let's do this, Izzie and co. Make us proud.