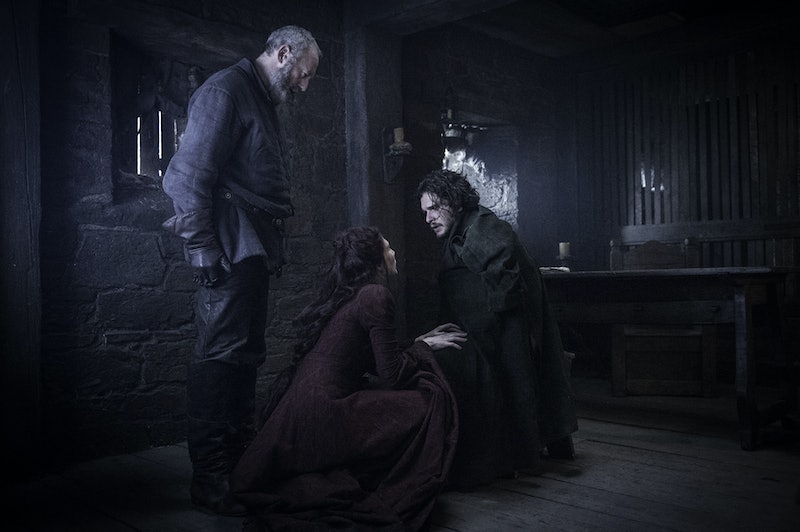 It's unlikely that Jon Snow's death would go without consequences, even if he's alive again. Many fans questioned how Jon Snow would be different after his resurrection. However, most of his changes seem to be for the better. Now that he's died and come back, Jon Snow is hilarious on Game of Thrones. Right? The former Lord Commander of the Night's Watch just can't stop making jokes!

He's also got a fresh haircut — it's kind of too good to be true. Seriously, am I the only who's noticed this? They've made a point out of noting how funny he is after coming back. Last week, when he joked that the Night's Watch should probably hold off on burning his body, and his one bro was like, "That's funny — you sure that's still you in there?"

Then, this Sunday, when asked what he was going to do once he went south, Jon was just like, "Get warm." Does Westeros have comedy clubs? Improv classes? Open mics? Commanding armies might not be his calling after all, so maybe it's good that he peaced out of his Night's Watch role.

What if funny Jon Snow is an actual thing? If it happens a third time, I'll really start worrying. Is Azor Ahai known for his great sense of humor? Is Jon's secret Targaryen side finally coming out? Don't get me wrong, I'm not mad about this change. It took me a long time to get on the Jon Snow fangirl train specifically because the boy was so doom and gloom. As long as this isn't a sign of some awful resurrection side effect, I'm embracing the new jocular Jon Snow on Game of Thrones. Why not?