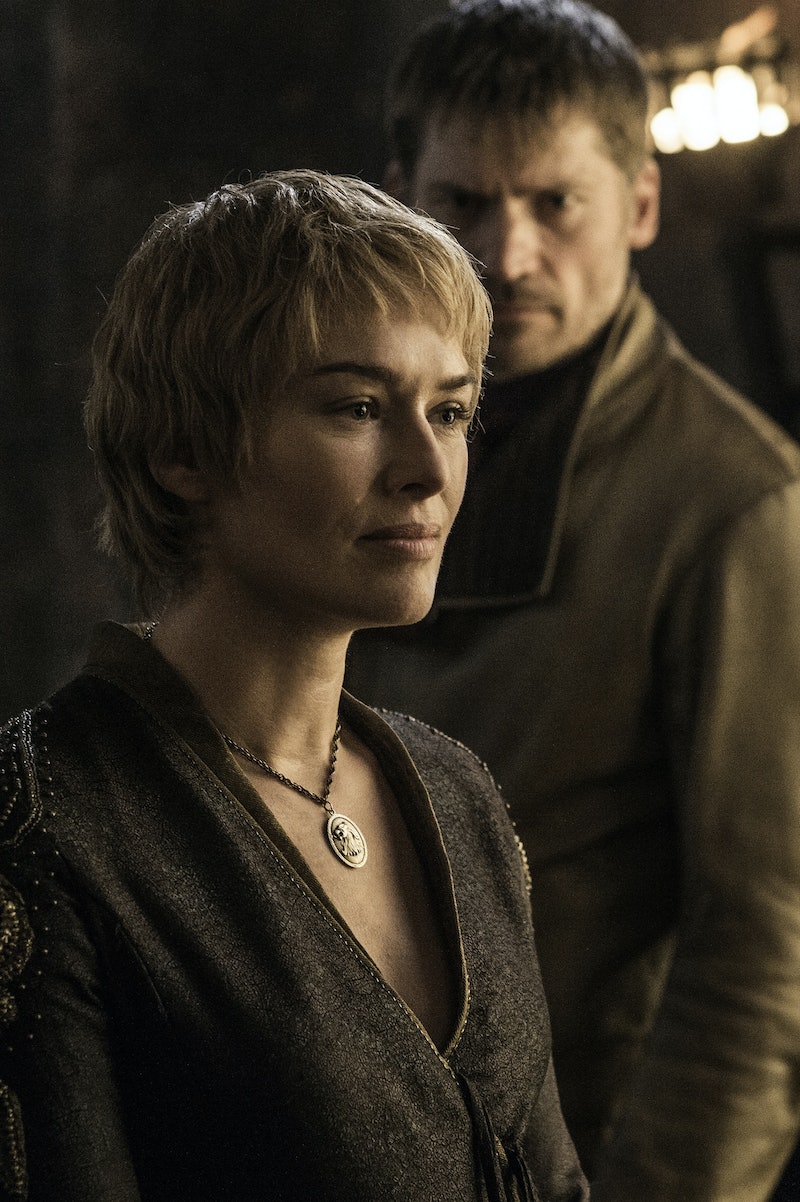 It's time for things to get real in operation "Get Margaery Out Of Prison." On Sunday, Game Of Thrones united the Lannisters and the Tyrells in their common hatred of the Faith Militant, and it was pretty thrilling to witness. Cersei and Jaime floated a plan to get Margaery out before she is forced to possibly do a humiliating walk of atonement and it appeared that Lady Olenna Tyrell and Kevan Lannister (Lancel's father) seemed to be completely on board with it. This could mean big things will be occurring soon, and I have to wonder who will be the one to break the leader of the Faith Militant. Will Cersei be the one to kill the High Sparrow on Game of Thrones? Maybe she won't do it for Margaery, but I think she will do it for herself.

There is a real plan to free Margaery coming into fruition here and it involves some seriously powerful people. After all, Cersei has the Zombie Mountain standing by her side and he is sworn to kill anyone who makes her feel icky or does her wrong. Well, the High Sparrow certainly wiped the smirk off of her face last season when he made her atone for her sins in the most uncomfortable act of public humiliation fans have seen on the show.

Let's be real here, if anyone deserves to kill the High Sparrow, Cersei can probably be first in line. After her nude walk of atonement/shame last season, I am rooting for her to get some serious revenge. It will also be very interesting to see her do something that will benefit her arch nemesis, Margaery. Sure, it will probably be just collateral damage in Cersei's mind but she will be indirectly saving the Queen who stole her baby boy and her title. Can you image an alliance forming between House Lannister and House Tyrell? It's almost too crazy to believe that it would happen, but I hesitantly have hope!