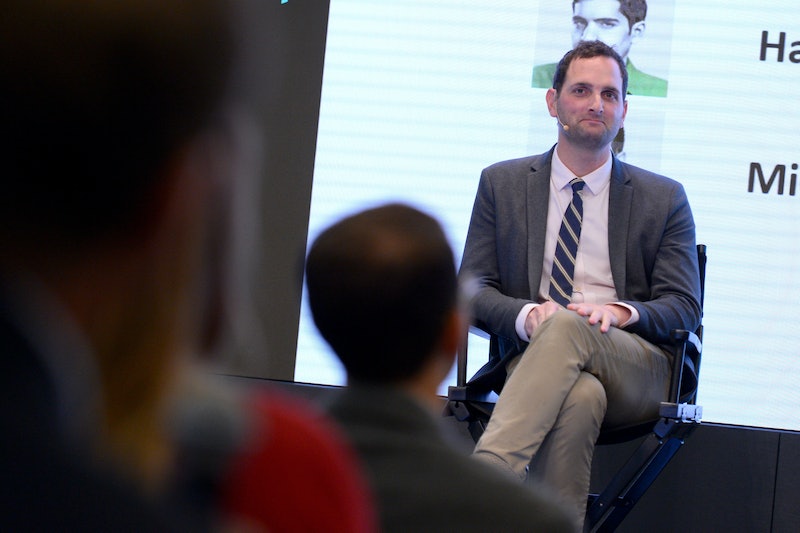 After the Republican #StopTrump effort failed, many began to fear Donald Trump's momentum, which had been discounted for months. His candidness represents everything a politician traditionally is not, fostering a movement among voters who have given up on the status quo. But according to FiveThirtyEight founder Nate Silver, Hillary Clinton could easily beat Trump. He believes that Trump's primary victories may not carry over into the general election.

On Sunday, Silver announced that, based on his calculations, Trump has a 25 percent chance of winning the general election in November. Though Silver's process successfully predicted the winners of all 50 states during the 2012 presidential election, the 2016 race has proven to be largely unpredictable. During an interview with CNN's Anderson Cooper in September 2015, Silver lumped Trump and Ben Carson into the same pool, assigning them both a five percent likelihood of winning the Republican nomination. Silver explained why he believed their chances were so slim (ultimately making Trump's impending nomination that much more fascinating):

One is that if you look back at history, you've never seen candidates like Donald Trump certainly or Ben Carson win a party nomination. And secondly, if you look at the polling, a lot of times a candidate who is leading the polls now mid-September didn't win the nomination, didn't even come close.

Though his predictions turned out to be far from accurate, Silver is more than ready to take accountability for the miscalculation, and he believes that others should do the same. On Monday, during a segment of CNN's Reliable Sources , he pointed out how Trump managed to defy media's most basic premise of truth:

We should all be saying 'what happened to our institution?' ... Where someone who ran on a lot of misinformation — and we're the information industry — and became the nominee of a major party. You know, that is a big problem. And if we were a part of that problem, then I'm happy to be at the table discussing kind of what happens and what comes next.

Though Silver's analysis relies on numbers, it's also revealed the multi-dimensional nature of polls by delving more deeply into the "hows" and "whys." In other words, polls and predictions don't have to be numerically correct to uncover a greater truth about the current state of politics. Silver ended the interview by reiterating just how out of the ordinary this election has been:

This election has been the most amazing election I have ever seen. I think Trump's rise to power is inherently kind of amazing and remarkable, also scary in some other respects.

Though Silver predicts more marginal general election results than other polling sites and electoral vote maps, he isn't alone in his belief that Trump cannot beat Clinton. Based on the surprises thus far, however, it's unclear whether the 2016 general election will follow any sort of predictable pattern.