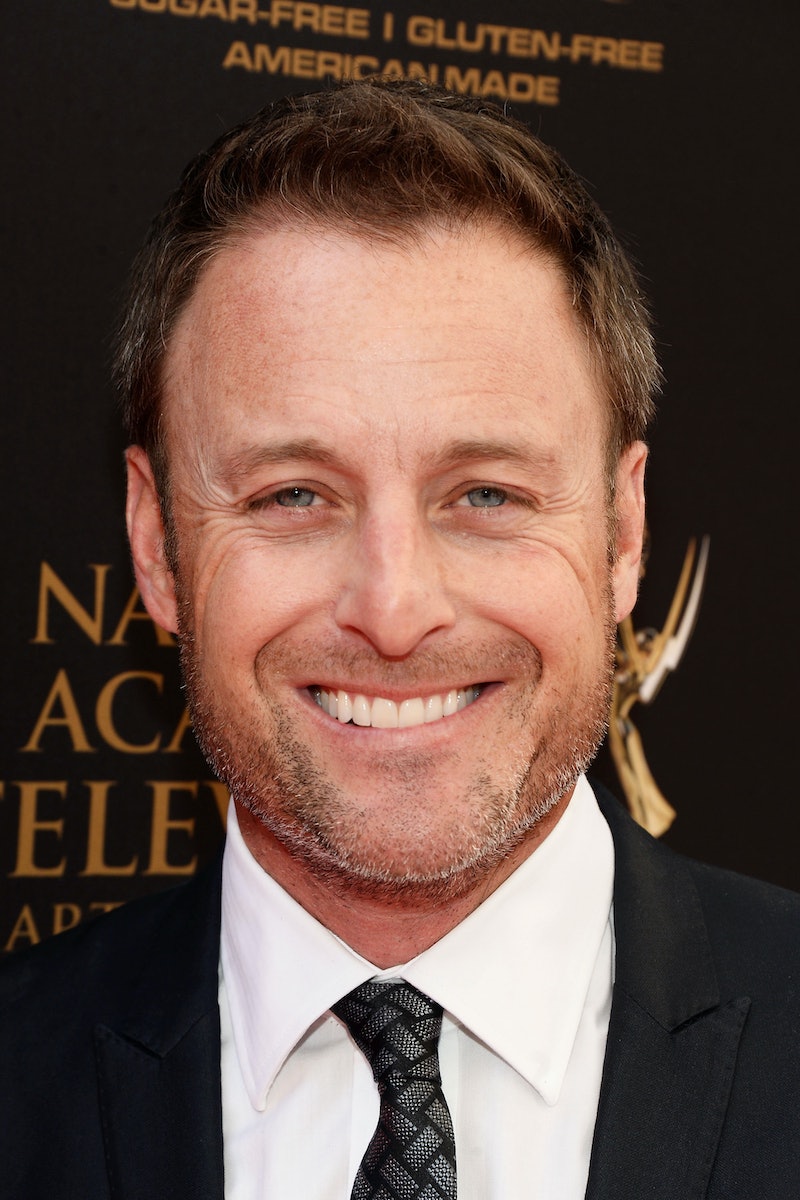 At this point The Bachelor franchise is more than just a set of TV series. Being a viewer of The Bachelor or The Bachelorette consists of a lot more than just watching the shows themselves because of social media. Not only do people discuss their opinions with their friends, but a lot of fans live tweet the episodes, blog their reactions, and follow the series stars on all the social media platforms possible. And there are a lot of people who really stan over the franchise's host, Chris Harrison. Sure, he's a likable dude, so I can see why you would want to follow him on Twitter or Instagram, but I feel like it makes the most sense for members of Bachelor Nation to follow Chris Harrison on Snapchat if they really want to get a glimpse at what's going on with The Bachelor, The Bachelorette, or Bachelor in Paradise behind the scenes.

Of course, Harrison can't reveal too much on his account, but he has access to every contestant and everything that's going on behind-the-scenes, so if you really want to complete your Bachelor fandom, Harrison's account is a must-follow. Plus, he seems to hang out with Bachelor and Bachelorette alums all the time. This means that by following him you may see some familiar faces you love even if they are not on reality TV anymore.

In fact, you actually have a Bachelorette alum to thank for getting Harrison into the Snap game in the first place. Emily Maynard's pick Jef Holm is the one who introduced everyone's favorite TV host to the app.

I don't think Harrison is going to have the most wild Snap story, but if you're a fan of the Bachelor franchise, you can follow the host with his username, RealCHarrison.

Snap stories disappear pretty quickly of course, but judging by his other social media, you might be able to catch a behind-the-scenes look at The Bachelor:

Or see Harrison hanging with celebs:

Or get a glimpse into his life outside of filming:

You may even find out who he's dating.... just kidding. Harrison is all about helping other people fall in love in public, but is much more private about his own personal life. But you never know, he could pull a Kaitlyn Bristowe and reveal a love interest on Snapchat.