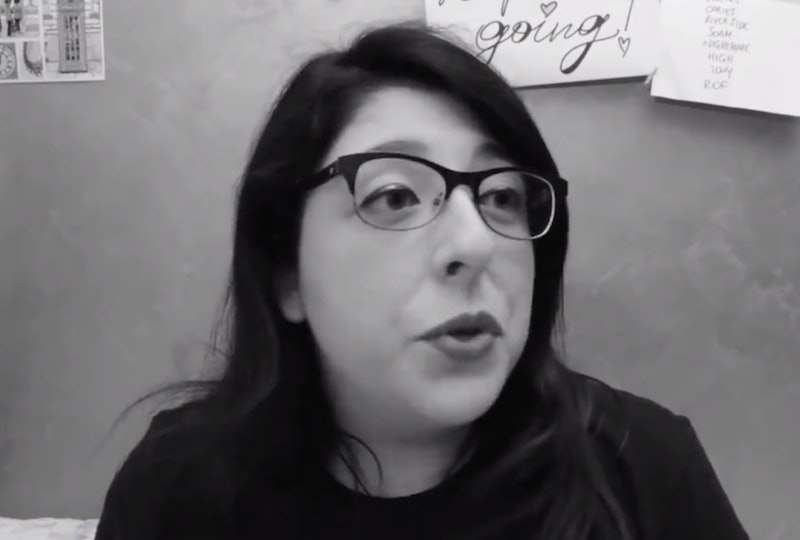 How would it feel to have people tell you that your sexual orientation is “just a phase”? Or, worse, that it doesn’t exist at all? Bisexual people face damaging stereotypes everyday, often from people who fundamentally misunderstand what bisexuality is and what it means to identify as bisexual. These stereotypes create a stigma around bisexuality, which can discourage bi people from coming out — which, in turn, leads to low representation, more stereotypes, and more stigma. It’s a vicious cycle that contributes to both bi-erasure and bi-phobia, and it needs to stop.

New media company Attn: created a video about stereotypes of bisexuality with the tagline, “It's time to end the stigma around bisexuality.” The producers compiled clips from a variety of Internet sources in which bisexual people talk about their experiences, including the prejudice they face both within and without the LGBT community.

A 2013 survey from the Pew Research Center found that bi people are much less out than lesbian and gay people. While 71 percent of lesbians and 77 percent of gay men are out to the people close to them, only 28 percent of bi people can say the same. The numbers were even lower for bisexual men, only 12 percent of whom are out. The Los Angeles Times suggested that much of this reluctance to come out stems from the stigma that surrounds bisexuality. Reporter Emily Alpert explained that closeted bisexuals “avoided coming out because they didn't want to deal with misconceptions that bisexuals were indecisive or incapable of monogamy — stereotypes that exist among straights, gays and lesbians alike.”

In the Attn: video, bisexual people describe some of the stereotypes that they’ve encountered. One woman reads a comment that bisexuals are just “doing it for attention.” Others cite the popular misconception that bisexuality simply isn’t real, and that bi people are simply homo- or heterosexual people who are “just confused” or going through a “phase.” There’s also a prevalent stereotype that bi people are prone to cheating. One woman points out how ridiculous that assumption is, saying, “That makes no sense. What does your sexuality have to do with your moral compass?”

The video ends with a clip of actress Anna Paquin being interviewed by Larry King. Paquin is out as bisexual, and is also married to a man, two facts that, together, King seems to have a little trouble grasping. He asks if she is a “non-practicing bisexual” (whatever that even means), to which she responds, “I’m married to my husband, and we are happily, monogamously married.” He asks, “But you were bisexual?” Paquin, with admirable patience, responds, “Well, I don’t think it’s a past tense thing.”

Getting rid of reductive stereotypes about bisexuality could go a long way toward ending the stigma that keeps a lot of bisexual people in the closet. The fact that in 2016 some people still don’t believe bisexuality exists is, frankly, insane. Watch the video above to learn about some of the other stereotypes that bi folks have to deal with.