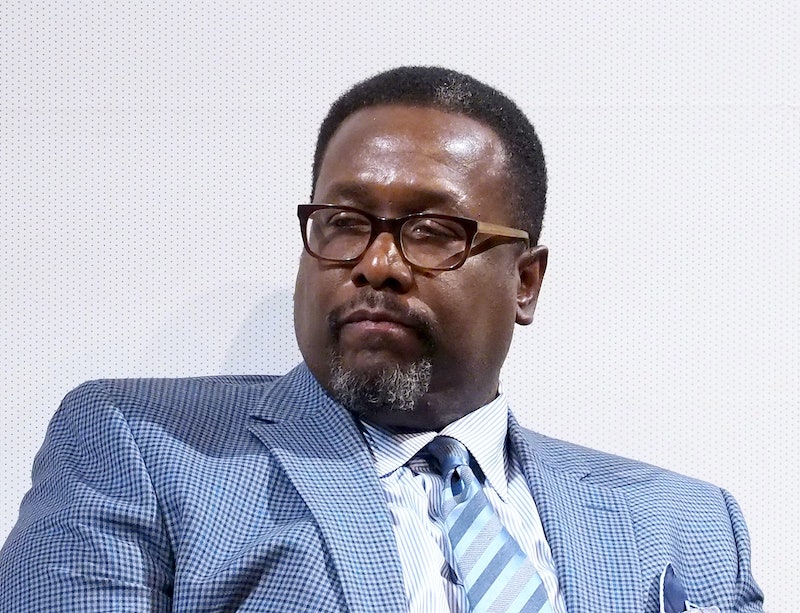 A heated argument between actor Wendell Pierce and a couple of bar-going Bernie Sanders supporters this weekend seems to be a look into political factions which exist beyond the Republican/Democrat dichotomy. According to the Chicago Tribune, Pierce was arrested early Saturday morning at the bar in Atlanta's Loews Hotel after a late-night political debate with fellow Democrats allegedly turned violent. Pierce, who has declined to publicly comment on the incident, is best known for starring in HBO's The Wire and Treme, as well as the recent film Confirmation. He has been a longtime Obama supporter.

Sources from the location told TMZ that Pierce was discussing politics at around 3:30 a.m. with a woman and her boyfriend, both of whom were supporting Bernie Sanders. One source said that the pair went to their room to call hotel security after the incident. These details have not been confirmed, but the Atlanta police department released an official statement:

Mr. Wendell Pierce was arrested early Saturday morning at Atlanta Lowes [sic] Hotel, where he was a guest. The incident did not rise to anything significant so no special notification was made … it was treated like any other arrest a patrol officer conducts. Mr. Pierce made no indication he was famous nor did the officer inquire. Once the incident report is complete we will be delighted to share the details. But at this time there is nothing significant to share with the media.

Pierce was ultimately released on a $1,000 bond. Though Pierce has not made an official statement concerning the event, he has contacted Rutgers University-Newark, where he was planning on giving a graduation speech on Wednesday. On Monday, the actor notified the University that he would not be attending.

Though Pierce is better known for positive things — his political activism and charity work in his hometown of New Orleans, to name two — disagreements within the Democratic Party have not been uncommon in this election. CNN's Julian Zelizer attended April's Democratic debate in Brooklyn and observed something that may have been overlooked in the midst of high-profile feuds between establishment Republicans and Trump supporters. According to Zelizer, "animosity" between Clinton supporters and Sanders supporters is quite fiery.

More like this
What Is Barack Obama’s Net Worth? He Makes *Way* More Now As An Ex-President
By Hugh McIntyre
Michigan’s Governor Is “Going To Fight Like Hell” To Protect Abortion Access
By Andrea Zelinski
Celebrities & President Biden Are Enraged By The Leaked Roe v. Wade Decision
By Alyssa Lapid
Dinner To Celebrate Diversity In Journalism Brings Out Media Leaders
By Brianna Kovan
Get Even More From Bustle — Sign Up For The Newsletter