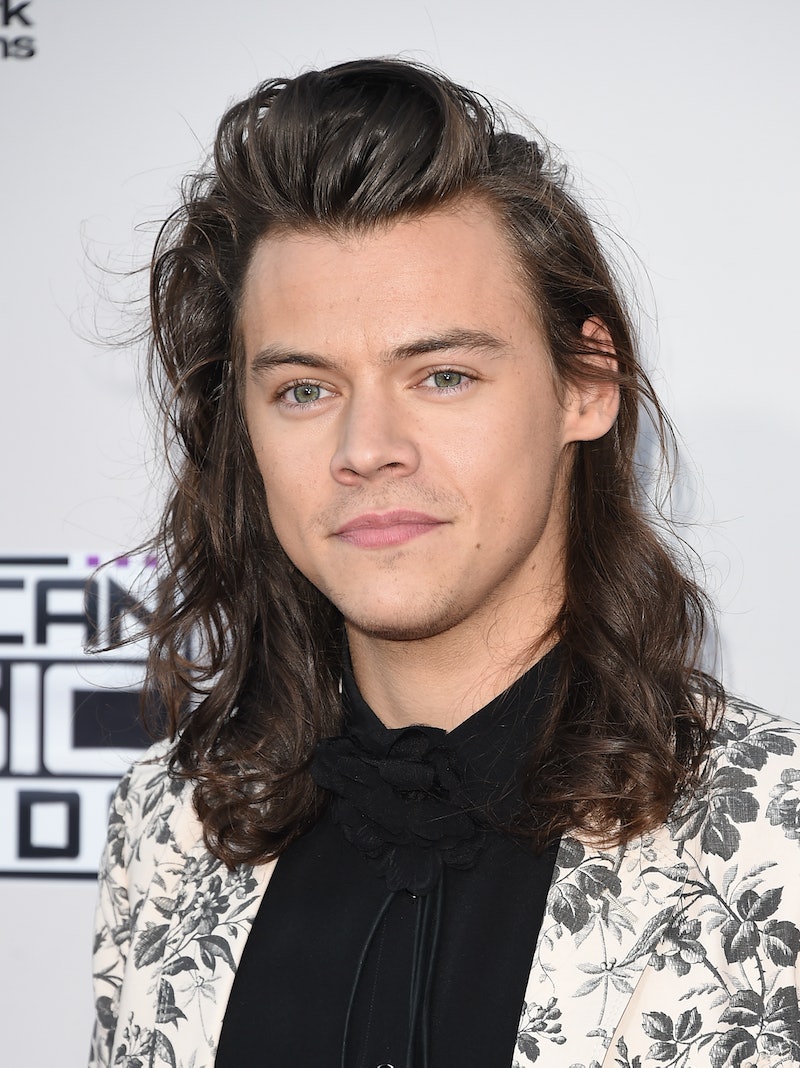 On Sunday, May 22, Las Vegas will become even more entertaining thanks to the 2016 Billboard Music Awards. Of course, many famous faces, including some of the most popular musicians today, will be in attendance. But what about one particular One Direction member? Let me just ask the question I'm sure many are wondering: Is Harry Styles attending the Billboard Music Awards? There is a very good chance the 22-year-old One Direction singer will be in attendance, but nothing appears to be set in stone. That said, let's hope he does show up, because it would be a great night for him — and his fans. Update: Styles did not attend the BBMAs this year.

Earlier: For those who don't know, One Direction is nominated for two BBMAs, including Top Duo/Group and Top Touring Artist. It's still unclear whether or not 1D will be at the awards show, but if they end up taking home the award for Top Duo/Group (Maroon 5, twenty one pilots, U2, and The Rolling Stones are also nominated) One Direction will surpass Destiny's Child BBMA record in that category. Both 1D and Destiny's Child have two wins in the Top Duo/Group category, so if 1D wins again that will make them the top overall winner of the category. See? All the more reason for both Styles and the band to show their faces.

They aren't set to perform or to present an award, but that doesn't mean Styles wouldn't be part of the event. Seeing as he is nominated alongside Niall Horan, Louis Tomlinson, and Liam Payne that's all the invitation he needs to attend.

Maybe, Styles will be busy that weekend and won't be able to show his face. Though, that would be a serious disappointment, especially since he just chopped off his hair, and has yet to debut it during an official event. The BBMAs would be the perfect opportunity for him to do just that. Yo, Harry, give your fans and the people what they want.

Another reason I'm sure fans are hoping he attends is because the last time he was at the awards was in 2015. If you don't recall, Styles caused a stir on social media for grabbing Horan's crotch after 1D won Top Duo/Group. I have a feeling One Directioners are looking forward to a similar moment from Styles.

I don't know why he wouldn't want to go or would choose to skip (you know, if doesn't already have an prior obligation), because it could turn out to be an all-around successful and exciting night for Styles. There is a good chance he and 1D would walk away as the band who won the most times in the Top Duo/Group category, he'd get so much press for his hair, and he would probably be one of the most talked about people at the show. Um, yeah, he needs to attend.

And with that, let's all keep our fingers crossed for a Styles appearance at the Billboard Music Awards.