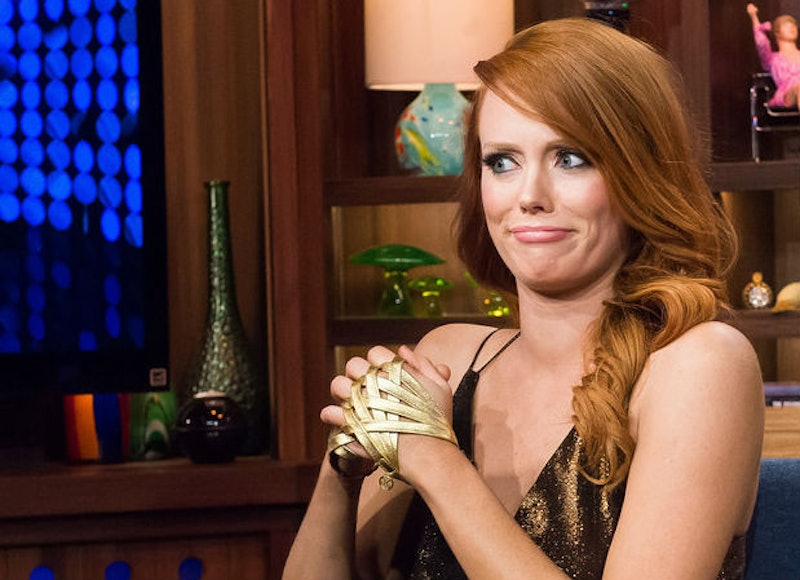 When drama isn't being thrown around on Bravo's Real Housewives franchise, it most definitely is on Southern Charm. There's no doubt that a lot of shade is going down in Charleston, South Carolina and mainly thanks to Kathryn Dennis. Now, by no means am I myself throwing shade at Kathryn, I'm just pointing out that she doesn't hold back when it comes to serving people who have all kinds of opinions about the reality star. She is probably one of the most controversial Bravolebrities out ther and one you either love or you hate. But guess what? She doesn't really care about others' opinions, because when it comes to defending herself or shutting down the haters, Kathryn is totally up to the challenge. Actually, Kathryn Dennis has some of the best comebacks on Twitter that will make any of her supporters even more proud of her.

Since Season 1, Kathryn has been the center of attention and drama on the show. As viewers know, it's hard to ignore the contentious relationship she and Thomas Ravenel have. Now that they are the parents of two children and no longer together, it's increased greatly. Of course, that means their friends are caught in the middle, which makes it all the more tense. Add all of that to the thoughts and tweets of viewers and no wonder Kathryn is letting her voice be heard on Twitter.

With that, here are just a few of her best comebacks that just might make you want to follower her — you know, if you aren't already.

When She Had No Time For Landon

When She Seriously Slammed Cameran

Not exactly how someone wants to be compared to Jackie Kennedy Onassis.

When She Took A Jab At Patricia's Butler

When She Summarized Season 3

So their sh*t does stink?

When She Perfected A Classic Comeback

When She Said What Most Fans Are Probably Thinking

I mean, she does make the show more interesting.

When She Compared Herself To A Martini

Well, it's kind of true.

When She Admitted She Serves It Like No Other

When She Called Out All Those "Dry" Charmers

The dryer you are, the less likely you'll become a fan of Kathryn's.

Stay tuned to Kathryn's Twitter, because you know the comebacks are far from over.