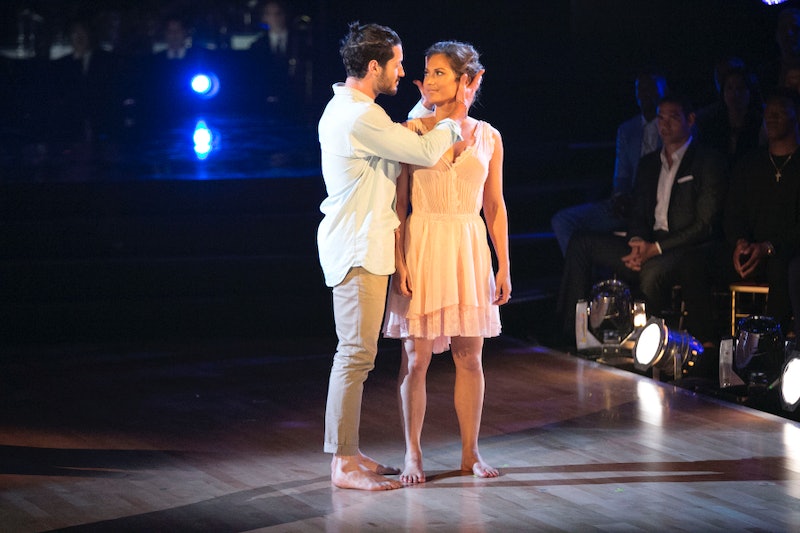 As we know, Val is the bad cop in the good cop-bad cop scenario. Actually, when its just Val directing you, you just have a bad cop. He said that he was the mustard and Artem was the honey, and Ginger insisted she was the chicken nugget in the mix that made a delicious meal. I can’t say she was wrong — the paso doble she danced with Val and Artem was fierce and sexy and strong, and Carrie Ann Inaba told Ginger that every week she gets this fire inside of her when she dances — she’s really transformed over her time on Dancing With The Stars, and I totally agree. Bruno and Len weren't 100 percent on the show, but whatever. What do they know?

When Ginger started on the show, she could sort of dance, but she was pretty timid about the whole thing. I don’t know if it’s a growing confidence in herself, the tutelage from Val, or a combination of both, but Ginger has really had the best evolution during this season of Dancing With The Stars. She went from tired new mom to dance goddess, and in what? A matter of six weeks? Dancing With The Stars has allowed Ginger to shed the fog of working a crazy job and being a new mom and find herself again, and I really do hope to see her in the finals.