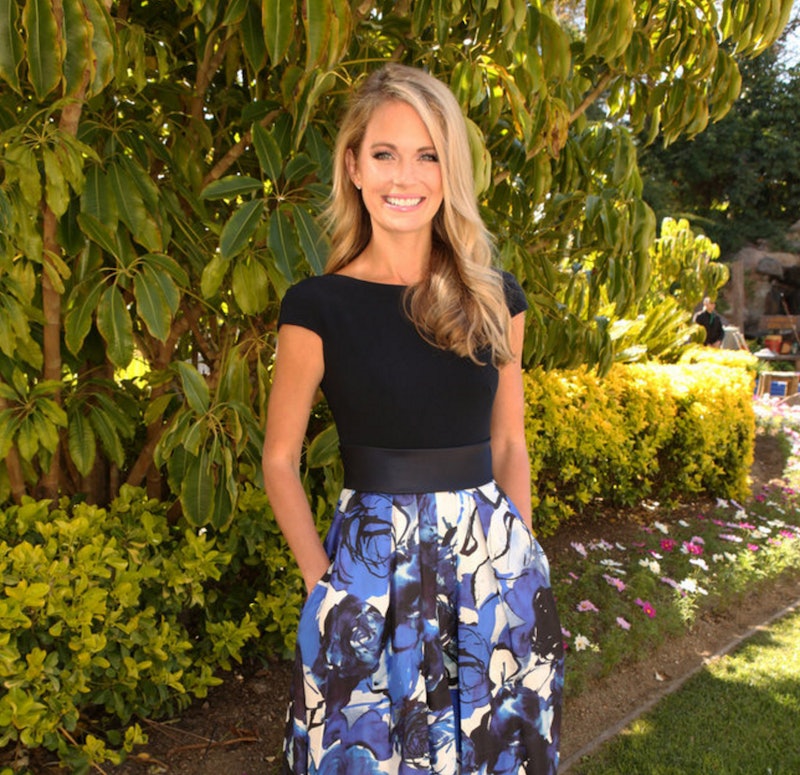 On Monday night's Southern Charm, a certain poop joke-loving ex-Real Worlder placed a phone call that legitimately caught me off guard, and I doubt I'm the only Charm fan in this boat. Before she climbed aboard Shep's party bus, plopped down next to her costars, cracked open a beer, and headed to Asheville, the unfailingly lovely Cameran ensured all of her ducks were in a row: She threw on a cozy fleece vest, finished packing her suitcase, and called The Elusive Enigma of Charleston. Yes, I do mean the one and only Dr. Jason. And yes, she put the call on speaker. And yes, his voice was captured by the Bravo boom mics. I repeat: On the latest episode of Southern Charm, Cameran’s husband made a quasi-cameo. And I still can't believe said phone call happened in front of the Bravo cameras.

OK yeah, I get that he didn't really appear on the show, but the call was close enough. Cameran has said time and time again that her other half has no interest in being filmed (which, hey, no judgment here), so I guess I assumed we'd never hear his voice on the show, let alone listen to a decent chunk of a Jason/Cameran cell phone chat. Given his aversion to the whole reality television thing, that conversation felt like a particularly momentous scene. It's a big deal, y'all.

Check out this awesome screengrab of Jason's cameo I nabbed:

*Waves.* Hi Jason! Nice to see you! Don't be a stranger now. Or do be a stranger. Live your truth, you elusive enigma, you.