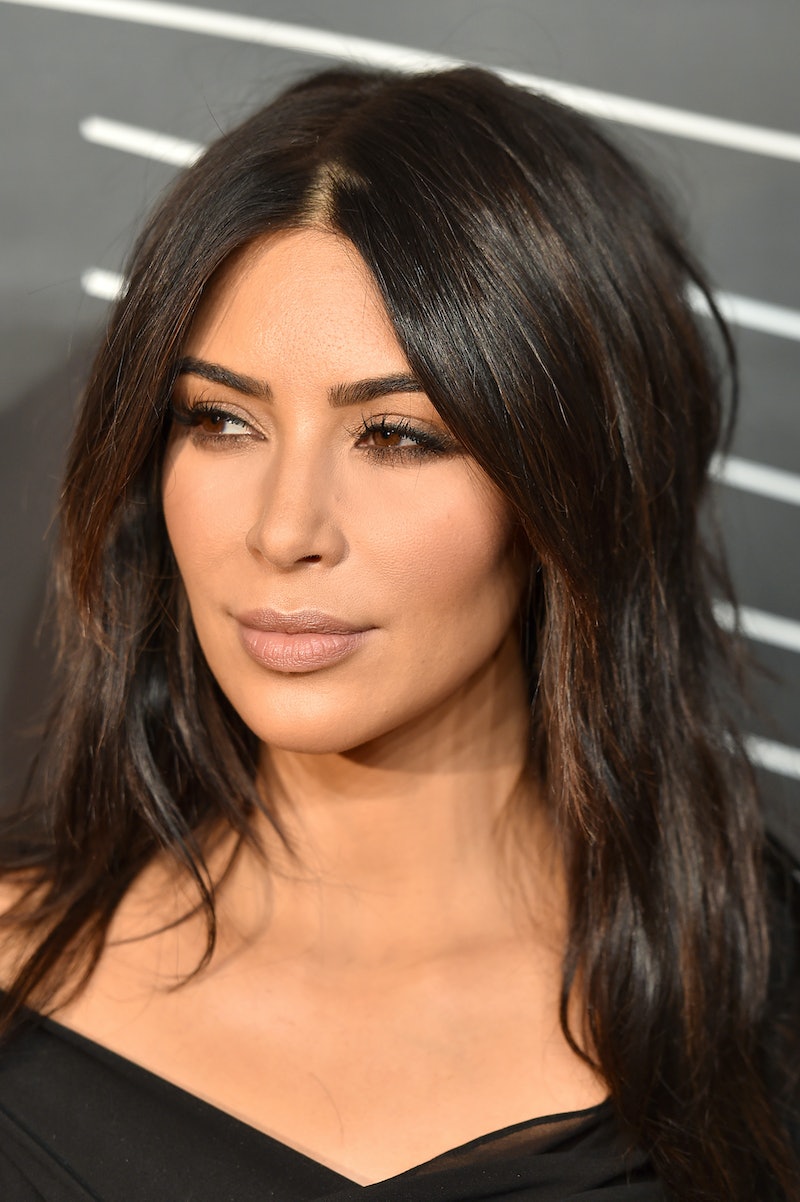 Kim Kardashian has touched down in Cannes to party with Hollywood's elite (including Kendall Jenner and Scott Disick, truly making it a family affair) in insanely gorgeous fashion for the film festival, and I, for one, couldn't be more jealous. Traveling on a private jet while changing up her look (so, for Kardashian, that includes "no fake lashes, no hair extensions, no lipstick, no jewelry!" according to her Snapchat) all to go hang out at party after party with everyone from Blake Lively to Bella Hadid must be so tough. But somehow, in the midst of it all, Kardashian managed to also solve a major mystery. Ladies and gentlemen, Kim Kardashian has found "Becky with the good hair."

Seriously. Ring the alarm. She somehow found time between winning the Break the Internet Award at the 2016 Webby Awards to being whisked away on a private jet to Cannes, glam squad in tow, to solve America's greatest mystery, and she chronicled it all on Snapchat, as only Kardashian could. So, who is the mystery Becky Beyoncé mentions in her song "Sorry"?

The lady in question is none other than Kardashian's mom, Kris Jenner.

Kardashian made the big reveal in a Snapchat video, saying, "Guys, I found Becky," before panning to Jenner, clad in a dress covered in lemons. Jenner looks none too amused, flashing her serious model face at her daughter.

OK, so in all seriousness, Jenner was just making a (pretty awesome, if I do say so myself) fashion statement in a summery frock, but this got me thinking about one thing, which is: Why doesn't Jenner have a Snapchat of her own? Her famous daughters are the reigning Snapchat queens, but the momager seriously needs to get in on the action.

Jenner is just as much fun as her children... actually, she may be even more fun than them, if I'm being honest. She's admittedly not the best with technology, which her kids love to point out any chance they get, but that's OK. They can probably teach her a few tips, and she'd be off and running.

So far, she's made brief cameos on her family's Snaps, but hasn't graced the app with her presence, so I'm thinking it's only fair that Jenner joins Snapchat now, too. Come on, mama Jenner. What are you waiting for? The world needs this. You need this.