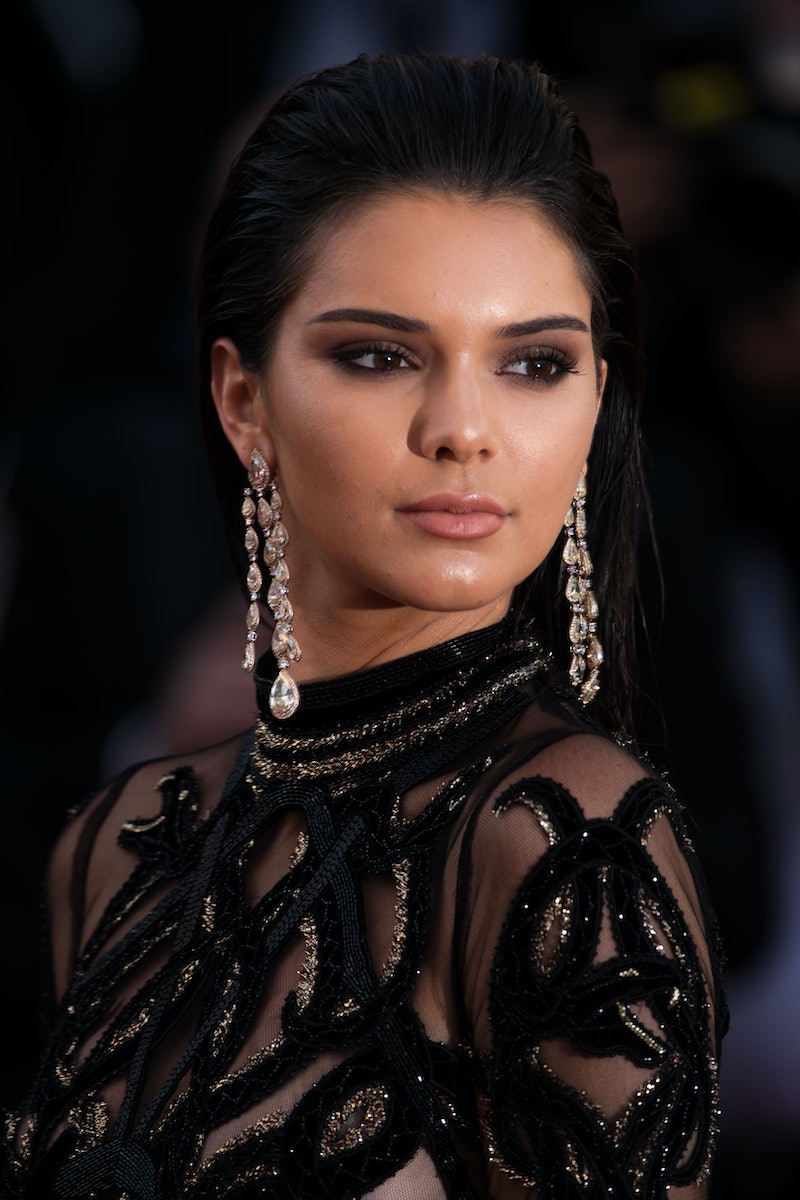 From the looks of it, Kendall Jenner is having a blast in Cannes. She's been walking red carpets for the film festival, promoting Magnum Ice Cream, and spending time with a few familiar faces. In other words, Jenner hung out with Scott Disick at a Cannes afterparty on Sunday. Rick Ross was there too, which honestly feels a bit random. The supermodel shared photos on her Snapchat partying with the guys. This is significant, since Disick has been the subject of several dating rumors over the past two months. Perhaps this shows that they really are just rumors. I feel like if he actually was dating around or having tension with Kourtney Kardashian, Jenner wouldn't be cool with that one bit. She's fiercely loyal to her sisters.

As proof of how much Ken-Jen puts family first, last December she reportedly ignored Disick at a party and even rolled her eyes. Considering this happened when Disick and Kardashian's split was still fresh, it made sense that she would want to avoid the drama. So, why am I bringing up past awkwardness? The fact that Jenner reportedly didn't hesitate to ice him out back then shows they must be in a positive place right now, since they were at the same party in Cannes and she took his picture. No eye-rolling this time — or at least not that fans know about.

Here's a screenshot of her Snap:

Further adding to the idea that he's on good terms with the family, it turns out that Kendall isn't the only Jenner that Disick has been hanging with lately. Just last week, he was spotted with Kylie Jenner and posted an Instagram of them captioned, "Couple young kids just running around." If he's casually spending time with not one, but two of Kardashian's little sisters, it's a sign that there really isn't any drama going on — despite what you may read rumor-wise. Admittedly, I'm slightly confused as to why there haven't been any Kourtney and Disick appearances as of late, but the fact that he keeps being seen with her relatives makes me think it's all OK.

The only questionable aspect here is the photo props, aka the wine glasses in Disick and Ross' hands. I'm not sure if Kardashian would be thrilled that he's posing for photos with wine. Sure, he is a grown adult, but considering Disick's past issues with partying and rehab, hopefully he keeps things under control. Since Jenner was around, this makes me hopeful that his behavior didn't get out-of-hand. I feel like if things got too ridiculous, she wouldn't be posting Snapchats with the guy for the whole world to see.

In typical Kardashian-Jenner fashion, there's a lot to keep up with here. But based on Disick's latest whereabouts, I think spending time with Kendall and Kylie means he's in a pretty good place.