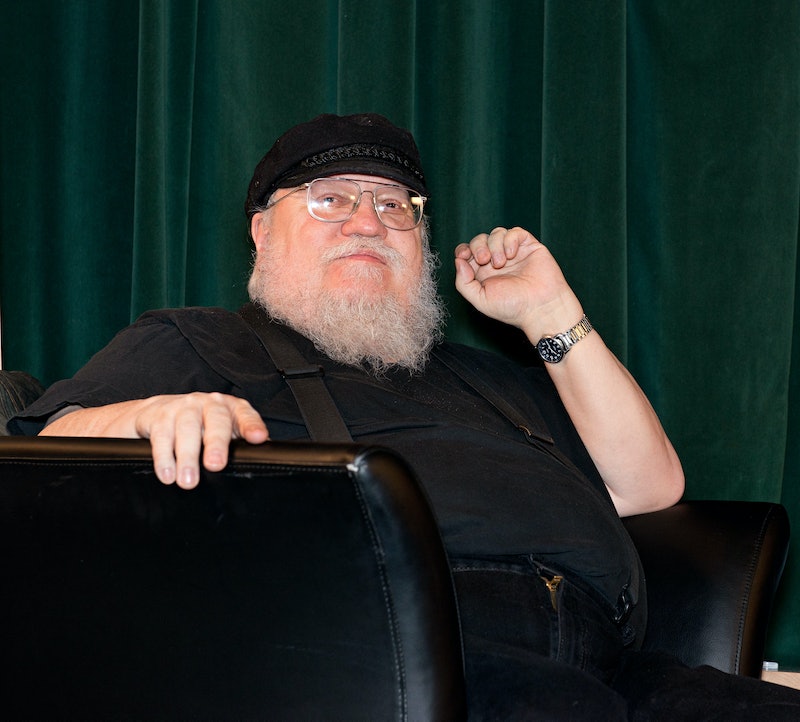 Valar morghulis. In an interview with Joy Ward, A Song of Ice and Fire author George R.R. Martin said heroes must die, if the writer is being honest. As difficult as it is to admit, he's absolutely right.

After five ASOIAF books and five Game of Thrones seasons, Martin has made a name for himself as an author who doesn't think twice about killing off major characters. Both his book and TV series begin with the undeserved execution of honorable nobleman Ned Stark.

Readers and watchers agree that Martin pulls no punches when it comes to killing off the heroes of his story, but the trope didn't become reality until the 2015 Game of Thrones season finale. The fifth season's final episode left viewers hanging with the death of Jon Snow, a fan favorite, as the HBO series moved further along in the narrative than Martin's novels. Although Jon's alive again in the new season, his murder at the Wall shocked the ASOIAF fan community, and served as a stark — ha! — reminder that the High Valyrian saying is true: all men must die.

When Ward asked Martin how death figured into his writing, the author responded:

I don’t think of it in those terms, that I’m using death for any purpose. I think a writer, even a fantasy writer, has an obligation to tell the truth and the truth is, as we say in Game of Thrones, all men must die. Particularly if you’re writing about war, which is certainly a central subject in Game of Thrones. It has been in a lot of my fiction, not all of it by any means but certainly a lot of it, going all the way back to “The Hero,” which was a story about a warrior. You can’t write about war and violence without having death. If you want to be honest it should affect your main characters. We’ve all read this story a million times when a bunch of heroes set out on adventure and it’s the hero and his best friend and his girlfriend and they go through amazing hair-raising adventures and none of them die. The only ones who die are extras.

That’s such a cheat. It doesn’t happen that way. They go into battle and their best friend dies or they get horribly wounded. They lose their leg or death comes at them unexpectedly.

Death is so arbitrary. It’s always there. It’s coming for all of us. We’re all going to die. I’m going to die. You’re going to die. Mortality is at the soul of all this stuff. You have to write about it if you’re going to be honest, especially if you’re writing a story high in conflict. Once you’ve accepted that you have to include death then you should be honest about death and indicate it can strike down anybody at any time. You don’t get to live forever just because you are a cute kid or the hero’s best friend or the hero. Sometimes the hero dies, at least in my books.

I love all my characters so it’s always hard to kill them but I know it has to be done. I tend to think I don’t kill them. The other characters kill ‘em. I shift off all blame from myself.

Plenty of classic novels and stories have ended with the deaths of major characters — Madame Bovary , The Awakening , and Death of a Salesman , just to name a few. Until recently, however, the trend had seemed to taper off. This is particularly true in major fantasy and science fiction novels, many of which follow their heroes through battle after battle, unscathed.

Today, even children's and young adult series get in on the hero-killing action. Suzanne Collins' The Hunger Games revolves around the deaths of numerous teenagers. Heroine Tris Prior dies at the end of Veronica Roth's Allegiant . And, over the course of seven Harry Potter books, J.K. Rowling killed more main characters than any of us would have liked.

The point is, Martin's right on the money with his statements. Authors have been killing off their heroes for as long as they've been writing, but a lot of people still believe that having a main character die is a cheap narrative trick used by bad writers. As Martin points out, however, the only "cheat" is putting your heroes in a protective bubble.

So kill those main characters, writers. Make your readers cry. Force us to hate you. We'll love you for it.