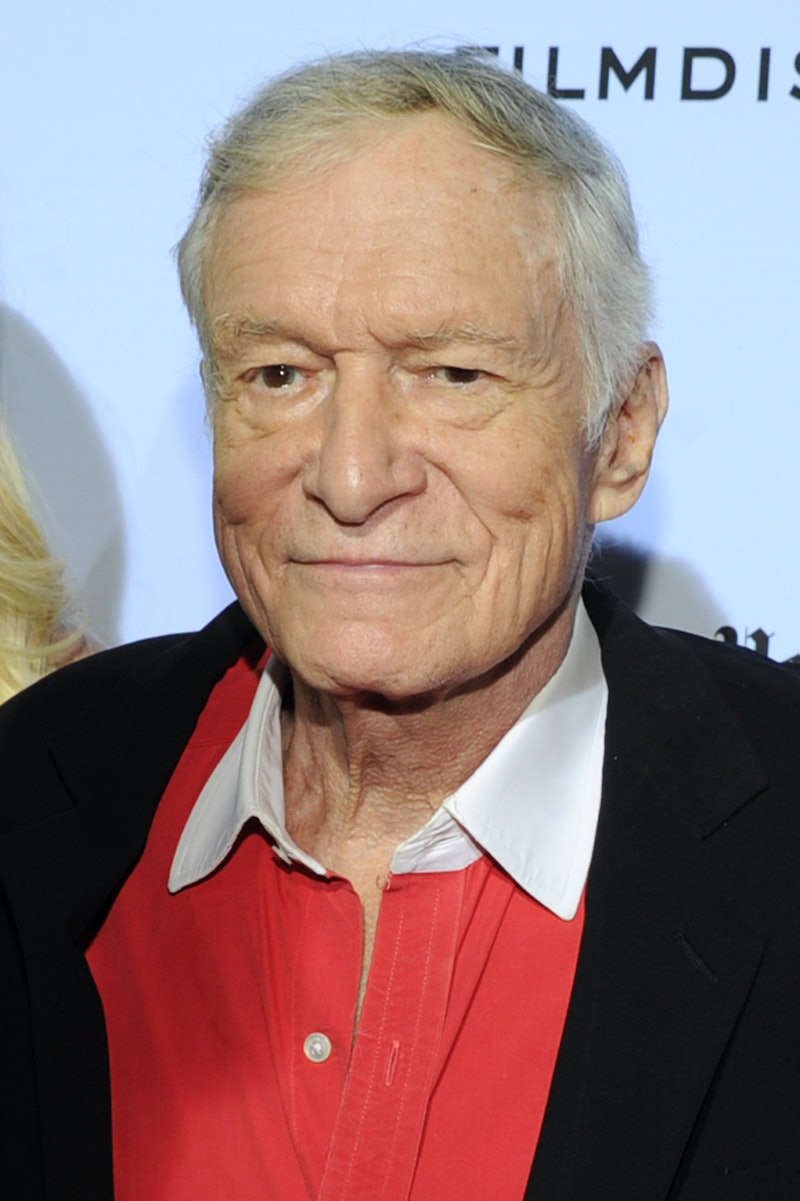 In January 2015, former model Chloe Goins accused Bill Cosby of sexual assault, alleging he drugged and groped her at a Playboy Mansion party in 2008. Goins went to the Los Angeles Police Department and later filed a lawsuit. In January 2016 the LAPD said that Cosby will not face criminal charges in this particular case, and Goins dismissed her federal case against Cosby in February. In January 2015 when Goins first accused Cosby, the comedian's lawyers denied her claims and said he was not even in Los Angeles when the party took place. Now, Goins has filed a new lawsuit against Cosby and Hugh Hefner in the Los Angeles County Superior Court, according to the New York Daily News. According to the Associated Press, Goins' lawsuit claims that Hefner "knew or should have known" about Cosby allegedly drugging and abusing women, and therefore enabled the behavior.

Bustle has reached out to Playboy for comment on behalf of Hefner, but has not yet heard back.

In a statement to the Daily News, Goins' lawyer Spencer Kuvin said,

It’s obviously kind of sad. Mr. Hefner is 90 years old now, and we’re suing him for what he’s done the 30-plus years he was friends with Mr. Cosby. It doesn’t make us happy, but I don’t think he should get away without being held accountable for being complicit.

Although Goins cannot recall the exact date of the party, according to AP, her lawyer believes that now that Hefner is part of the suit, that information can be uncovered.

To date, more than 50 women have come forward with sexual abuse allegations against Cosby. As of April, the Pennsylvania criminal case against Cosby is moving forward, despite his lawyer's attempts to get the case dismissed. That particular case is related to 2004 allegations that he drugged and assaulted Andrea Constand, a former Temple University employee.