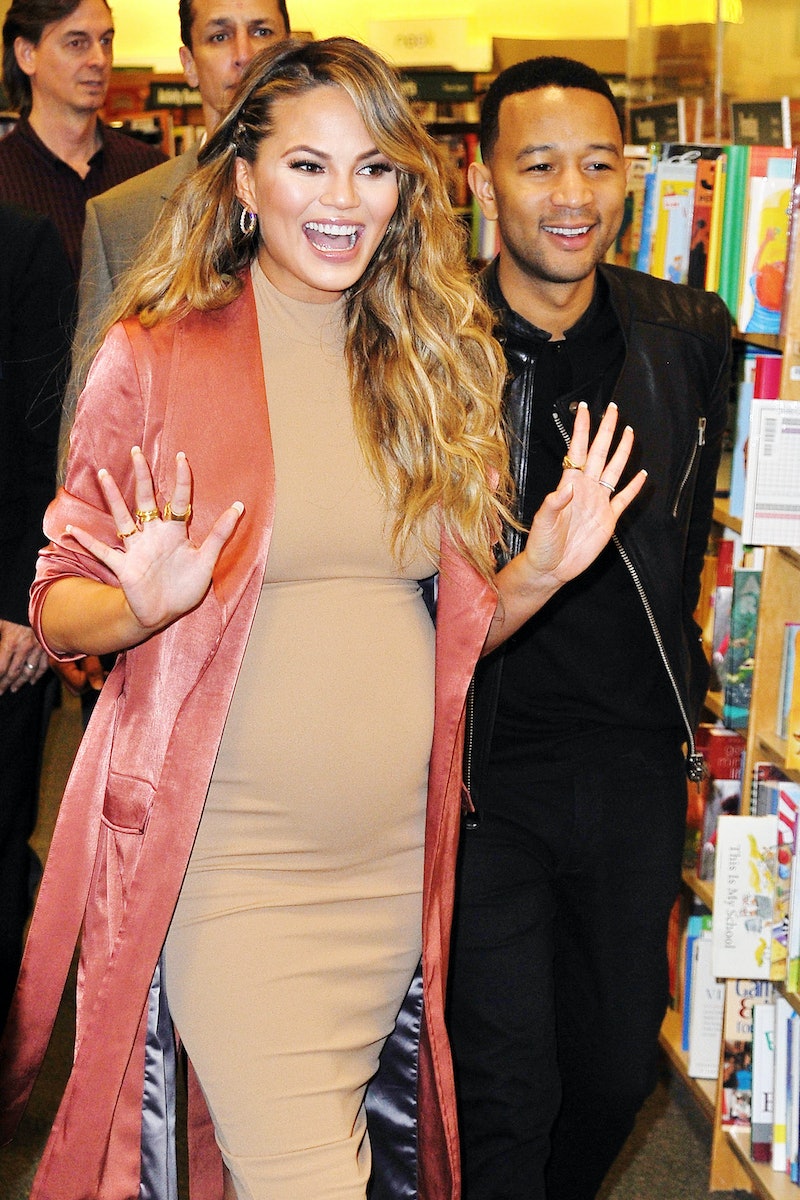 I will never get sick of opening up Instagram, scrolling, and coming across an adorable photo of John Legend and Chrissy Teigen's daughter, Luna Simone. I know there are a lot of cute babies out there, but she actually might be the most adorable one ever. Between her dark head of hair and her chubby cheeks, it's too much cuteness for me to handle. However, that doesn't mean I want Legend and Teigen to stop sharing photos of her. And thankfully, it doesn't seem like that will happen anytime soon, because on Wednesday Legend posted a photo of Luna's "burpface" solidifying the fact that she has officially won the title of "Cutest Baby Ever."

I mean, burping really isn't attractive, but it definitely is when babies do it. Clearly, Luna has figured that out, too. Take a moment and look at the expression on her face. She looks both surprised at what just happened, but also like, "Oh, dad's taking a photo, I gotta pose." Yeah, she nailed it. I guess she's already channeling her mom's modeling talent.

If you think about it, her burp face could have gone all wrong resulting in a more hilarious, yet not as cute photo. Oh, who am I kidding, Luna would still make it adorable. She's so stinking cute.

Who's with me when I say that Luna can even make burping look super sweet? Everyone? Yeah, that's what I thought.