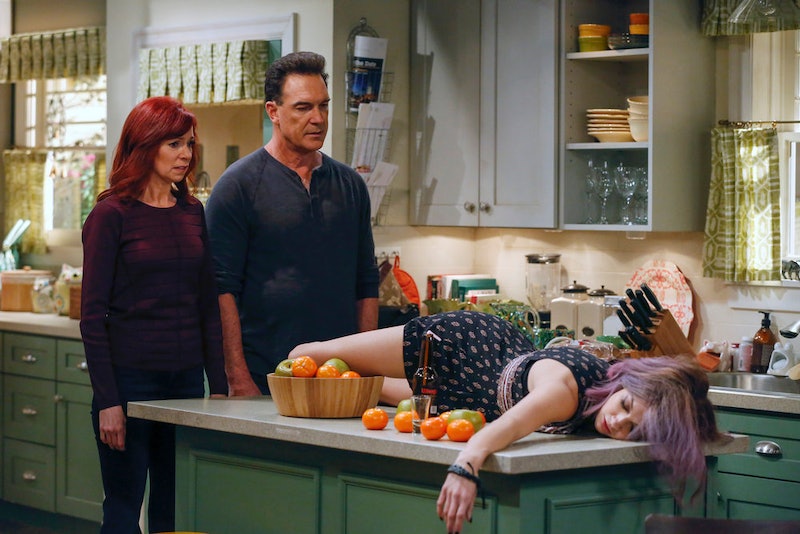 The new comedy series Crowded, about a couple of empty-nesters who find themselves responsible for their adult children and only premiered at midseason, so there wasn't much of a chance for viewers to find and fall in love with the show. But it did manage to average around a million viewers per week, so Crowded had a small fan base that was beginning to form. Unfortunately, Crowded Season 2 won't be premiering this fall, because NBC canceled the show, along with Eva Longoria's Telenovela. While I'm not exactly sure why Crowded didn't make it, I can promise you that there will be plenty of other comedies on TV in the fall.

Because in addition to announcing what shows are cancelled, all of the major networks also announced which new series will be joining their schedules. And even though there's no infallible way to predict which series will be good and which will be bad, here are a few that I think might appeal to you if you particularly enjoyed Crowded's take on the millennial housing crisis, or were just hoping to add a few more network comedies to your list of favorites.

Kristen Bell, Ted Danson, and the afterlife: all solid ingredients in a new comedy series. The Good Place, which eschews any religious imagery or nomenclature, is about an average woman (Bell) who dies and, through a clerical error, sent to the "Good Place," which is run by a benevolent administrator (Danson).

Of all the unconventional archetypes that are being paired with custody of children this season, I think "animated He-Man style warrior" is the most surprising choice. And since Son of Zorn is produced by Lego Movie/21 Jump Street/Last Man on Earth geniuses Phil Lord and Chris Miller and the show has stars like Tim Meadows and Cheryl Hines supporting Jason Sudeikis' vocal performance, I think it's worth a look.

The trailer makes it look like the entire series was totally given away in the trailer, but this series stars Allison Tolman from Season 1 of Fargo as another professional woman who's just not getting the respect she deserves. The show looks a little strange (a heartwarming story about a girl and the dog that loves her?), but I'm willing to give it a chance because of Tolman.

"What story starts with two guys getting in a duffel bag [time machine] in a garage and has a happy ending?" That's a good question, but I think Making History might very well be that story, because it has a likably relaxed, feel-good vibe — this is the type of show where the central pair of mismatched companions will eventually become BFFs. And there are also lots of colonial jokes.

Man With A Plan

Matt LeBlanc has improved as an actor so dramatically since his early days on Friends, that he's able to take what looks like the most basic material about parenting in the world (kids are messy! Helicopter parenting!) into enjoyable territory.

Joel McHale is back at the lead of a network comedy, and while this doesn't look as subversive as Community, and, at least in the trailer relies too much on "Generation Xers are like this, while millennials are like this" jokes, McHale's persona perfectly fits as the curmudgeonly head of a group of weirdos.

Even though Fox chose to cancel The Grinder, at least they've decided to order another unexpectedly funny series that features an It's Always Sunny In Philadelphia cast member. But even though she's already one of the best parts of Sunny, Kaitlin Olson deserves her own show, and a crude drifter who's constantly running scams with someone else's money sounds right up her alley.