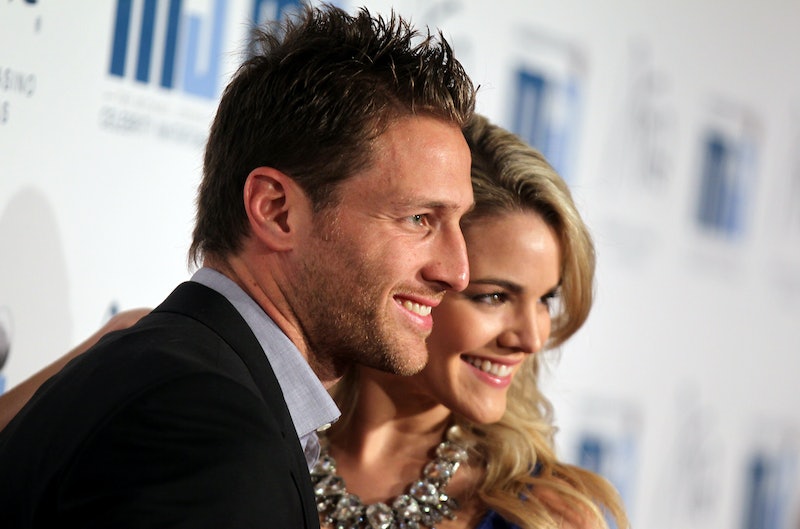 For the most part, the former contestants and stars from The Bachelor and The Bachelorette are happy members of Bachelor Nation. They have used their reality show fame to propel them into lives of selling detox tea and teeth whitening products on Instagram, starring in spinoff shows like Bachelor in Paradise, and blogging and live tweeting each new episode as it happens. But, on the other extreme there are some former Bachelor and Bachelorette cast members who would rather be exiled from the Bachelor family. Some former Bachelor/ette contestants are so over the show and have no qualms about sharing their feelings.

I don't really see why anyone would hate getting 15 minutes of fame and the opportunity to make out with someone (or someones) super attractive, but I can sort of understand not having the most positive feelings about the show if you are unhappy with how you came off — even if it was your fault, and in many cases it is. And maybe if you fell in love and it didn't work out, it would make sense to be a little bitter.

Here are six Bachelor alums who are so done with the franchise.

Clare was super bitter when she left Season 2 of Bachelor in Paradise . Her exit speech made it pretty clear that she is over the reality TV franchise:

"If they would have just chosen me for The Bachelorette, I wouldn't have to be here. I would have found my husband. I guess there's part of me that's sort of hard not to be jaded and skeptical, but it just hurts because you hit a certain point where it's just a slap in the face. This is my retirement from Bachelor in Paradise."

Maybe she was just in shock from the exit?

I don't get why Juan Pablo would become the Bachelor if he wasn't taking it seriously, but he was super unhappy with his portrayal. I don't get this since it's not like he was ever forced to say or do anything (aside from participate in ridiculous date premises). According to sources who spoke to Us Weekly in 2014, he was upset with the production team, but not too angry since Juan Pablo said that he wanted to woo JoJo on The Bachelorette.

Bentley was definitely not on the show to win Ashley Hebert's heart. On the show he said, "I would literally rather be swimming in pee than planning a wedding with her, because I’m not thinking, ‘Oh my gosh this is the girl of my dreams.’ I’m thinking she’s not my type.” So it's safe to say that he isn't a fan of the concept. Bently didn't even show up for the Men Tell All special to share his side of the story after his episodes aired.

Kalon McMahon explained how much he hated his "bad boy portrayal" on The Bachelorette in an interview with Celebuzz, but that didn't stop him from joining Bachelor Pad. Kalon explained, “I’m so glad I did Bachelor Pad. It was like night and day from Bachelorette. I had the most amazing time doing it, and I’m ready for fans to see me in a new light." So, he doesn't hate the franchise, he just wasn't a fan of his timeo on The Bachelorette. Fair enough.

You might not remember his name, but you definitely remember Ryan McDill's antics during the first night of Kaitlyn Bristowe's Bachelorette season. He was already over the show before it even aired (he claimed that he could tell that Kaitlyn was going to be Bachelorette instead of Britt), so he got super wasted and said to another man on the show "Why am I not raping you right now?" In fact, he thinks that that show is so bad that he was needed to make it interesting and claimed, he was "the only reason the first episode was the sh*t" in an interview with TMZ.

Kelsey Poe believes that she was unfairly portrayed on The Bachelor. Kelsey posted on Facebook about "the power of TV editing" and blamed that for anything that may have made her look bad. In another Facebook post Kelsey said that people making fun of her story about being a widow made her feel like she was “ripping the scab off an unhealed wound.”