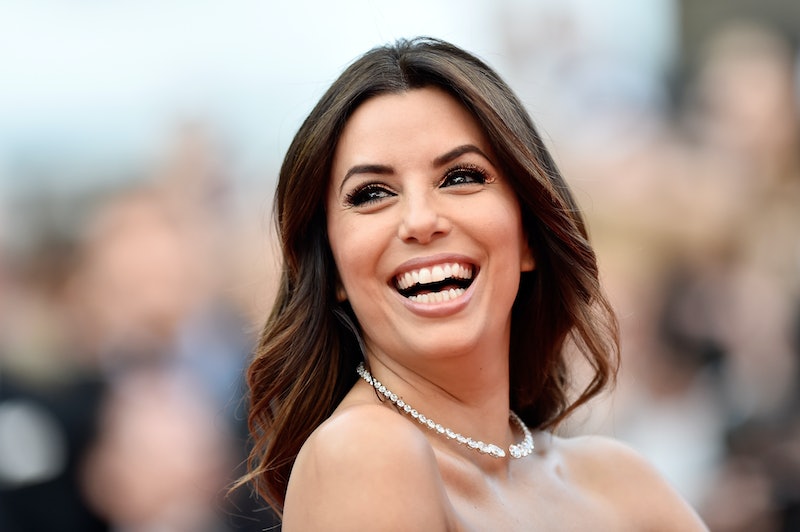 It's not unusual for a celebrity wedding to be packed with famous faces, take place in a gorgeous location, and to be a huge luxurious party. Well, that's exactly the case for this former Desperate Housewives star. Eva Longoria's wedding has quite the guest list making it comparable to the Oscars. Seriously, I'm not exaggerating. According to People, "half of Hollywood" is expected to be in attendance. I guess Longoria wanted to make sure her nuptials to José "Pepe" Baston were unforgettable. I think it's safe to she managed to do just that.

Per a source, Longoria and Baston are set to say "I do" the weekend of May 21 in Mexico. Reportedly, a slew of famous faces are flying in for the actor's big day, including Ricky Martin, Mario Lopez, Katy Perry, David and Victoria Beckham, Penelope Cruz, and Jane the Virgin star Jamie Camil. So, let's say all these celebs are indeed invited. Can you imagine everyone else who has been invited? Clearly, Longoria isn't leaving anyone out. Plus, she appears to be friends with just about everyone in Hollywood. If you thought Jennifer Lopez's phone contacts list is impressive, I bet Longoria's is even more amazing.

If you think Longoria is only pulling out all the stops when it comes to her guests or the location, you'd be wrong. When it comes to her dress, well, she's definitely spicing it up. Reportedly, her good friend and former Spice Girls member Victoria Beckham designed it. As excited as I am to see which celebs show up, I'm just as ready to see the Telenovela star's wedding gown. I have a feeling it's going to be very posh. Get it? Yeah, OK, moving on.

Longoria announced her engagement to Baston in December 2015 with a photo on Instagram of the two kissing in Dubai. Alongside the photo, she wrote, "Ummmm so this happened." Based on the proposal and the wedding details, it sure seems like these two are meant for each other. I mean, they clearly prefer to go big or go home.

Now, let's hope Longoria and her famous guests share photos from her wedding on Instagram, because I need to see photographic evidence of it, stat.