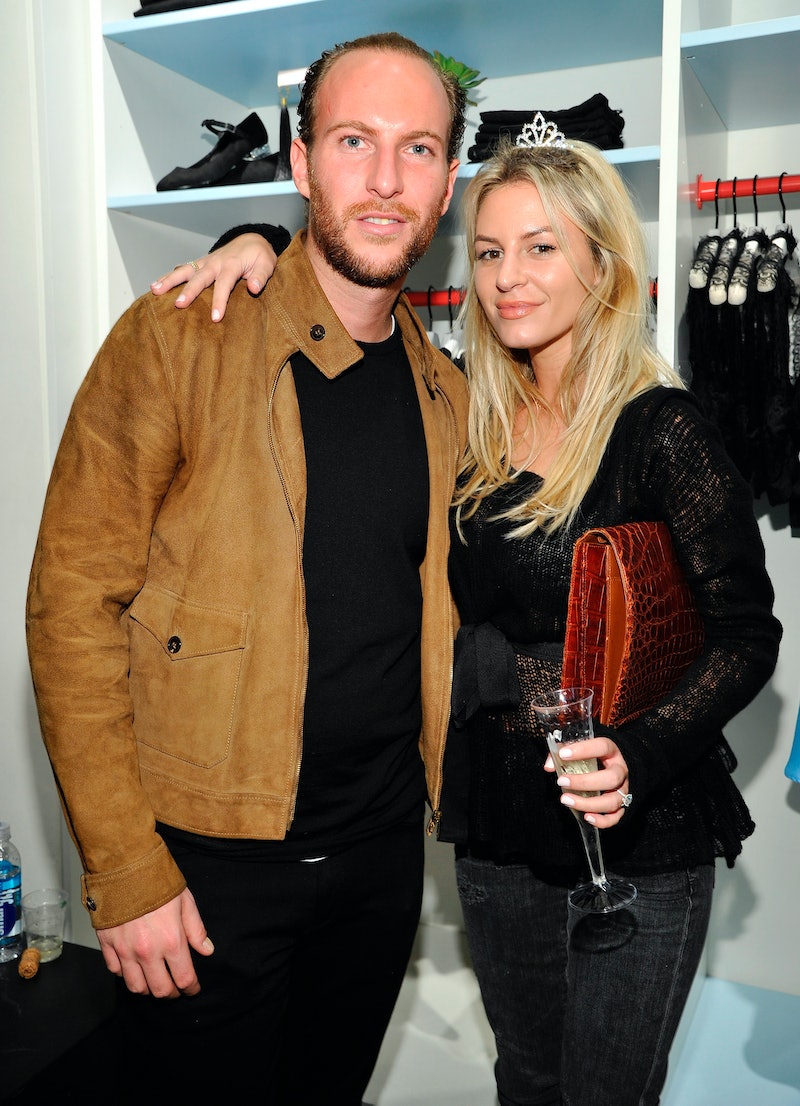 I love to gawk at how the super rich among us live. It's the grown up version of going to the zoo and seeing how the other half lives. Rich Kids Of Beverly Hills on E! brings viewers directly into the lives of some of the richest, most glamorous socialites ever to stroll the streets of California. Sure, most of these kids can thank their parents for their massive bank accounts, but not all of them are content to live off of mom and dad. Although his family is supremely wealthy, Morgan Stewart's husband Brendan Fitzpatrick got himself into luxury real estate right out of high school, and he's done pretty well for himself. So, what is Brendan's net worth?

Well, according to CelebrityNetworth.com, Brendan is worth approximately $500,000. While that's definitely less than most of his costars are claiming to be worth, don't feel bad for him yet. That's Brendan's individual net worth. His family is a long line of millionaires, and his life has lived up to their bank accounts. He may have chosen to make his own money out of high school, but that doesn't mean that he has been cut off from his family's abundant wealth.

Brendan definitely grew up with a pretty privileged life. According to TheRichest.com, he attended the Buckley school, which is an exclusive private K-12 school in Los Angeles, California. The Richest also reports that he attended the now closed Montclair Prep which is the same preparatory school that Michael Jackson attended, according to the Toronto Sun. Obviously, that's not a common childhood.

As seen on the show, Brendan decided to forgo college and go straight into the real estate business out of high school. Currently his family was not too psyched about this decision, but it seems like he's really doing well for himself. He has chosen to focus on luxury real estate in the high class areas of Beverly Hills, Bel Air, and Malibu. According to a USA Today report from 2007, Beverly Hills topped the list of the most expensive homes in the United States. According to the report, the average home sale in Beverly Hills was about $2.2 million. That's one hell of a commission for a real estate agent if prices have kept at that level.

Brendan has been working for a pretty prestigious real estate firm called, The Agency. According to their website, it says that Brendan sold his first $10 million property at the age of 19 years old, which set a record for the highest sale in history of Brentwood Park.

Brendan is obviously doing pretty well for himself, and it's definitely fun to watch him spend his copious amounts of cash on Rich Kids Of Beverly Hills.