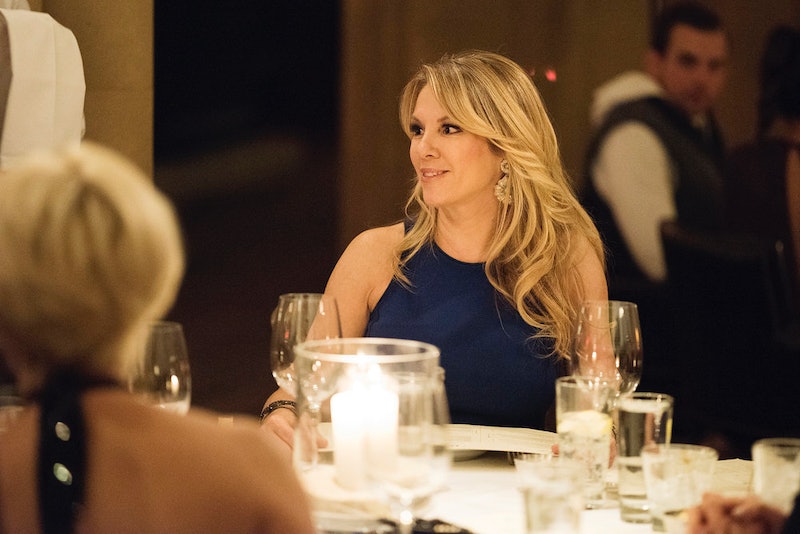 God, Ramona. We know that you’re wild and free since your divorce (actually, you were pretty wild and free before you separated from Mario), but can we tone down the crazy and up the social graces when you’re around your friends? When we first met Ramona in Season 1 of Real Housewives Of New York, she was kooky and fun, but that kookiness has spiraled to rude and unmannered in Season 8. Ramona has no decorum or filter this season, and this trickled into yet another party, this time thrown by her alleged bestie Dorinda Medley. Ramona crashed it, defended a drunken man, and was kicked out. Dorinda didn’t go home happy, either.

It all started at this party that John, Dorinda’s boyfriend, was throwing for Madame Paulette’s, his family’s dry-cleaning and restoration business. This dude Rey, who is a former boyfriend of Luann’s, showed up and started harassing Luann, causing her to leave because she was so uncomfortable with the situation. You go, Luann — get out of there if you feel unsafe. Anyway, Rey stayed, started screaming about whatever with Ramona, and when John asked him to leave because he was a disruption, Ramona got in John’s face and defended this very drunk man that she hardly knew. Doesn’t make sense to you? Yeah, me either. To Ramona’s credit, John did get in her face, too, after she started the fight, so both of them didn’t come off smelling like roses.

The real loser here is Dorinda, still caught in the middle between her best friend and her boyfriend. Neither John nor Ramona has stopped to think about Dorinda’s feelings in their tiff. I even surprised myself here because I agreed with John in this situation — Ramona and Rey were clearly intoxicated and causing a scene. They needed to leave. Ramona is a 50-something-year-old woman, and she needs to learn how to be behave. I wouldn’t blame Dorinda for kicking her to the curb.