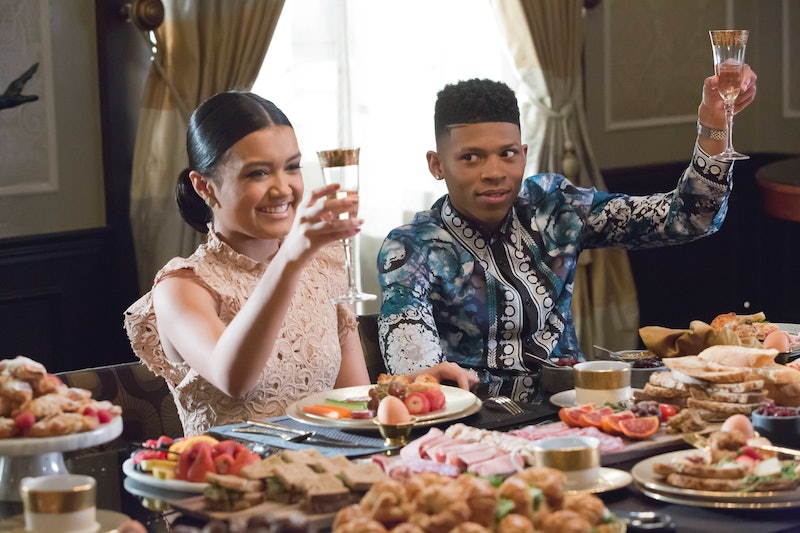 Out of all the things I expected to happen during the Empire Season 2 finale, watching Lucious and Anika get married was definitely at the bottom of my list. In fact, it was nowhere near my list. (Just kidding, there is no list.) But seriously, you guys, did that really just happen? I mean, we knew that Hakeem and Laura probably weren't going to get married, but I would've never dreamed that these nuptials would turn into such an unromantic affair. Because it wasn't due to the fact that they still have feelings for each other, but rather just so Anika wouldn't be able to testify against Lucious in court. Not exactly the stuff fairytales are made of, you know what I mean?

And don't even get me started on what this did to poor Cookie. Prior to the big day, she and Lucious shared a really nice moment together where he revealed to her that there's a reason he never married anyone else. She was his only true love and he'd like nothing more than to get another chance with her — a prospect that she seemed more than willing to explore after Hakeem's wedding. We should've known right then and there that something would happen to drive them apart.

Logically, Cookie knew that Lucious' plan to marry Anika made sense and would be the only way to protect their family, but that didn't make it any less painful for her to deal with. Watching her storm out in a fit of anger and despair was downright heartbreaking. (Someone please just give Taraji P. Henson all the awards already.)

Honestly, I think we all know that Cookie deserves better than Lucious, so in some ways it's for the best. But it's still hard to see our girl in so much pain nonetheless. Let's just hope that Season 3 gives her the happiness she so deserves.