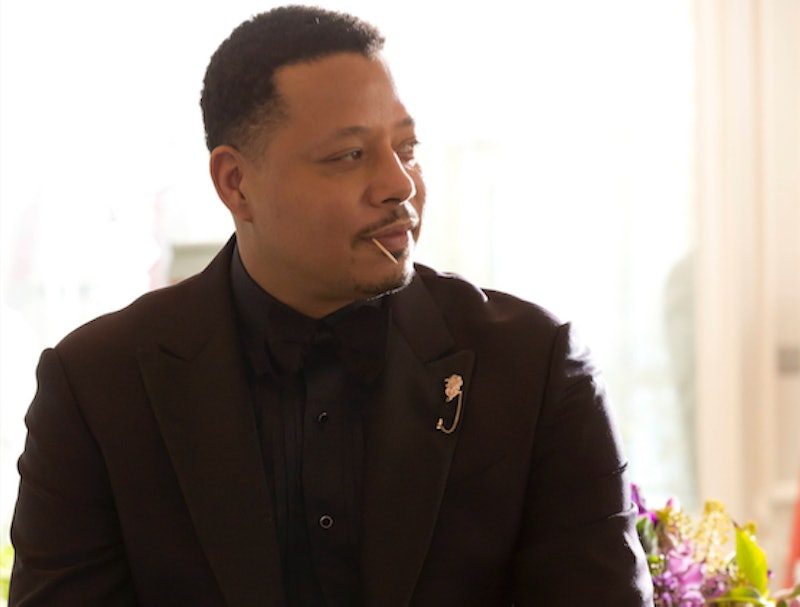 While it's true that the majority of the Empire Season 2 finale was somewhat tame, those last few moments of the episode more than made up for it. Not only did Anika and Lucious get married in order to prevent her from testifying against him in court, but we also received confirmation that Anika was the one who pushed Rhonda down the stairs. That's right, my friends. Our suspicions have finally been confirmed and because information like that couldn't go unpunished, we also saw Rhonda attack Anika in order to get a confession out of her. But Boo Boo Kitty wasn't about to go down without fight. Both of them began strangling each other and before Andre could intervene, someone fell, possibly to their death, but who? Who fell on Empire , Anika or Rhonda? Unfortunately, we're going to have to ponder that burning question all summer.

Of course, there's always a chance that no one fell and Andre was just crying out "Nooo!" because he was afraid something like that could happen. But come on, this is Empire we're talking about here. They always go for the big shock and having one of these characters plummet (potentially to their death) sounds like just the kind of storyline this series would deliver. But at this point, it's impossible to know who it could be.

On the one hand, you could argue that Andre's frightened look could indicate that it was Rhonda, but at the same time, his fear could've been for Anika's unborn child. From a pure fighting standpoint, it looked like neither woman had the upper hand since they both had each other in a choke hold. And while sure, Anika's recent health scare could've made her the weaker link, I think she's more than proven that she's capable of terrible things.

Either way, not knowing the outcome of this story is going to send my stress levels over the edge. (Sorry, bad pun.) Is it time for Season 3 yet?