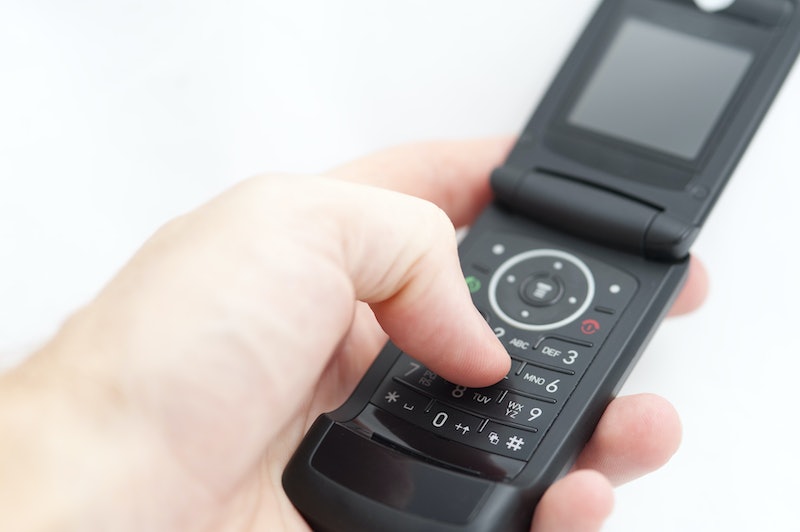 Every generation has its pros and cons, struggles and experiences that are unique to certain groups of people at certain times. The Millennial generation, especially, covers such a large swath that its members can have very different life experiences. There are things that older Millennials deal with that their younger counterparts don’t, and, in turn, plenty of things that younger Millennials deal with that are exclusive to them. “Millennial” can describe anyone born roughly between 1980 and 2000, and if you’re someone who was born at one of the far ends of this 20 year period, you are no doubt already aware that there is a big difference between you and someone born decades earlier or later.

If, like me, you were born in the 80s, you are what’s known as an “older Millennial.” (Side note: Can I petition for a better name for us than “older Millennial”? It makes me feel like I should be taking heart medication and checking into life insurance plans. What about simply “’80s Millennial”? Or “Classic Millennial? Or “Truly Outrageous Millennial”? Let’s be creative here). Older Millennials were perhaps the last generation to have extensive memories of a pre-Internet, pre-mobile communications world. Even kids born as early as 1991 or 1992 are unlikely to have firm memories of life without cell phones, personal home computers, and the Internet. Those memories inevitably separate older Millennials from the younger members of their generation. I usually get along very well with people born in the ‘90s, but, surely, I can’t be the only older Millennial who occasionally has an encounter with a younger Millennial and thinks, “How do I feel so much older than that person? We were only born 7 years apart!” Can I?

Keep reading for 12 things that only older Millennials get to deal with (Lucky us!):

1. Seeing the clothes you wore unironically in 1994 being trotted out again as hipster chic.

Nineties styles are all the rage now, and we’re seeing chokers, combat boots, crop tops, flannel, and loose dresses covered in tiny florals all over the place. And there’s nothing wrong with that — trends always tend to cycle back over and over again. But as someone who wore those fashions the first time around, I have a hard time embracing them again — too many flashbacks to being a hopelessly awkward 13-year-old.

Today, we may complain about autocorrect fails, but a few wrong autocorrections are nothing compared to the unholy annoyance of tapping out texts, letter by letter on an old-school multi-tap keyboard, or constantly having to fix T9’s incorrect guesses.

3. Trying (and failing) to pretend that you know what a Snap Story is when you really have no clue.

I mean, older Millennials aren’t idiots, and there are plenty of them who use newer apps like Snapchat. But I find that, even though I know what Snapchat is and how it works, I get totally confused when younger Millennials start talking about elaborate Snap Story narratives and Snap series and … Snap… whatever else. Guys, I’m already lost. I’ll just nod my head, and hope no one notices.

4. Never recovering from the tragically premature cancellation of My So Called Life.

Younger Millennials may be seen My So Called Life and loved it, but they wouldn’t have followed it avidly week by week, only to have it cruelly ripped away after only a single season. We older kids are not over it. WE’LL NEVER BE OVER IT.

5. Lugging around DVD and CD collections.

Yes, I still buy DVDs. (Am I alone in this?) I buy them, not because I don’t know how to download movies, but because I don’t really trust the cloud not to turn out to be Skynet. I like knowing that, when the cloud either collapses or takes over civilization, I'll be able to drag my movie collection around with me during the apocalypse.

6. Hearing younger Millennials say things like, “I just watched a great old movie. Have you ever seen The Matrix?”

7. Realizing that many of the hottest actors and actresses working today are now younger than you.

This is less of a generational issue than it is a “getting older” issue. As someone in her early 30s, I find it really weird to read about the hot new celeb in town and realize that he or she is 10 years younger than me. Of course, time churns on for everyone. Younger Millennials may not be experiencing that feeling now, but they’ll be right there with us older Millennials in about five years. (Er, congrats?)

8. The heartbreaking loss of our Friendster profiles, MySpace pages, and LiveJournals.

A lot of older Millennials spent hours customizing their early social media pages, and for what? Just to leave them behind in favor of newer, shinier Facebook and Tumblr accounts? You occasionally think back to your glorious LJ and weep. There, there. I feel your pain.

9. Acting like we understand new slang when we really have Absolutely. No. Idea.

I think that younger Millennials sometimes use new slang with older Millennials that they wouldn’t bother with if they were speaking to Gen X-ers or Baby Boomers, because they assume that we older Millennials are young enough to actually understand it. And sometimes we totally do. But I have also had the experience of having someone who is 10 years younger than me using slang that I don’t recognize, and this is what goes through my head: “Thank you SO MUCH for thinking I’m young and cool enough to know that phrase you just used! But also I have no idea what the hell you are saying. Please don’t notice.”

11. Trying to gauge just how much trendy slang we can pull off without sounding ridiculous.

Being an older Millennial, you’re living in a strange intermediate zone, in which you sometimes feel like (and are perceived as) a “real” adult, and sometimes you’re still firmly in the “young adult” camp. That transitional phase can be confusing when you’re trying to figure out what slang to use and what fashion trends to follow. What’s still in your wheelhouse, and what is early-20s territory only? It’s confusing.

Ha, just kidding! We’re may be "older" Millennials, but we’re not actually THAT old.