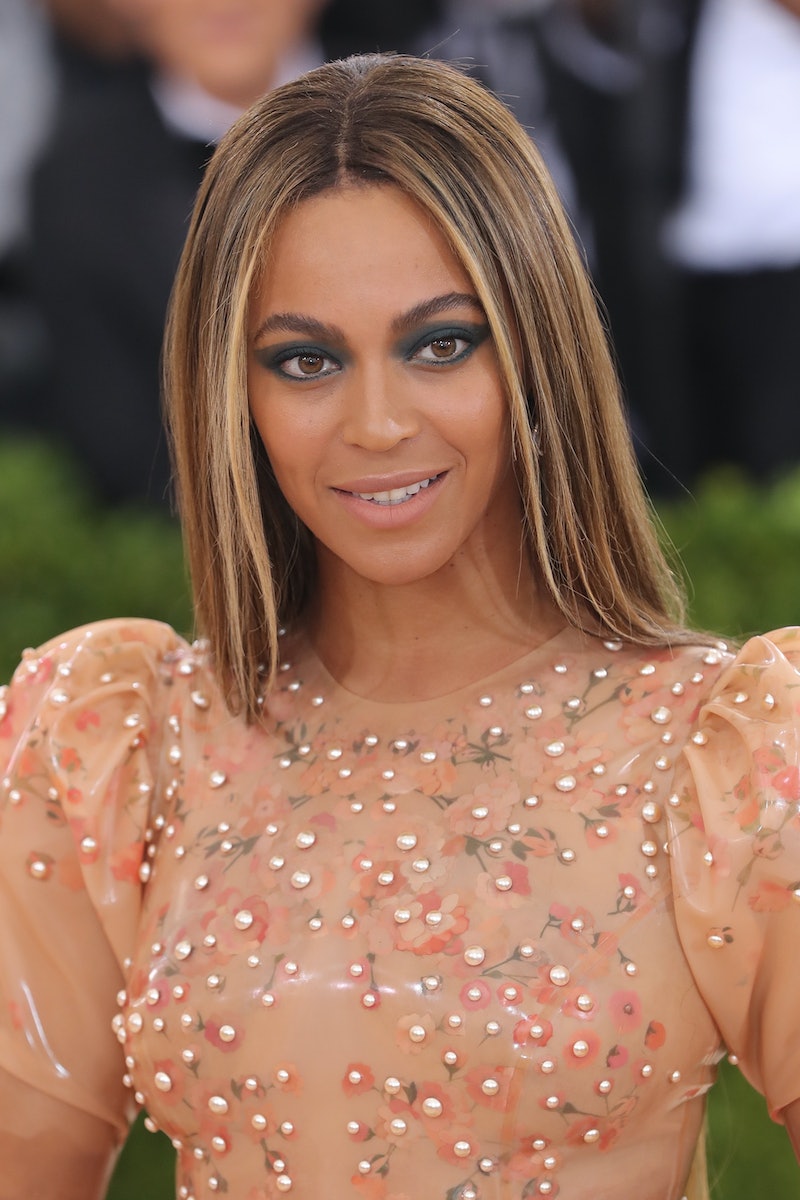 Even though it's been nearly a month since Beyoncé released Lemonade, that doesn't mean it's old news. In fact, I don't think the album-slash-HBO special will ever become overplayed, and since Bey is currently on her Formation Tour, the music is as relevant as ever. On Wednesday night, Tina Lawson (aka the "Sorry" singer's mom) posted a photo of Beyoncé with dad Mathew Knowles. Posting a photo with her dad may not seem significant, but in this case, it's actually a big deal. That's because Lemonade, specifically a song called "Daddy Lessons," arose suspicion of a strained relationship between Bey and her dad. This new photo suggests they're all good now.

It's worth noting that Beyoncé never confirmed the song was about her father, or that the words about a father cheating in Lemonade necessarily referred to hers. For all anyone knows, it could have been fiction. But still, it seems to parallel real-life events. Back in 2009, Lawson filed for divorce from Knowles after 30 years of marriage, stating "discord or conflict of personalities" prevented them from "reasonable expectation of reconciliation," according to Rolling Stone. Also, Knowles fathered a child with another woman during his marriage to Lawson — which likely factored into the divorce, too. Clearly there was a history of infidelity and drama, whether that specific instance is what Beyoncé's song is about.

The fact that Lawson posted the photo of Bey and Knowles — and even captioned it, "Houston Concert proud dad!!!!" — suggests that Lawson and Knowles have buried the hatchet, as well. No matter what happened in the past between them, they're coming together to support their daughter at her show. That's what matters most. At the end of the day, they've moved past any drama to put family first.

Not only did Lawson post a photo of Beyoncé with her dad, but she also shared a snapshot of their other daughter, Solange, Knowles, and his grandson, Julez.

No matter what happened in the family's history, it seems like it's now officially in the past. Perhaps singing about their drama was a way for Bey to work through it — you know, if those songs were actually about Knowles in the first place. Since the song was called "Daddy Lessons," I'm guessing it was about her father. But either way, these photos show he's a proud dad. And what's sweeter than that?