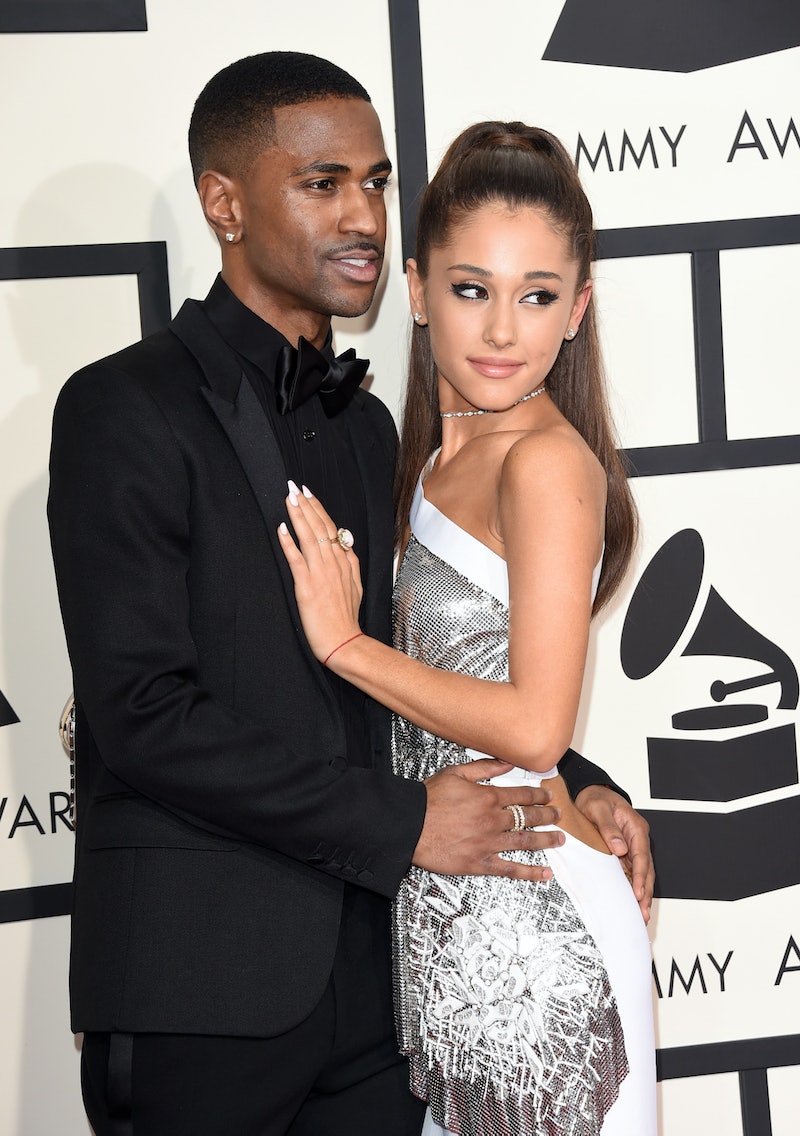 It stands to reason that with the release of Ariana Grande's third album, Dangerous Woman , fans are eagerly listening to each track, trying to figure out exactly who each song is about... or is that just me? Grande has spoken about how this album is a departure from her previous work, thanks to a more grown up sound as she's evolved as an artist and person, so there's an obvious question to be answered about one track specifically, titled "Knew Better / Forever Boy." The two-parter seems to be a kiss-off to an ex, but is "Knew Better / Forever Boy" actually about Big Sean?

It seems like Grande has no interest in divulging specifics about any of the songs on Dangerous Woman , telling Billboard recently that the lyrics should speak for themselves. She said, "I’m much better at making songs than telling people things." Fair point, but this particular song is loaded with plenty of feelings about past and current romances, and Grande is certainly inspired by her own experiences when writing songs. In 2015, Grande told Billboard she has one M.O. for this record. "I feel like my personal growth is reflected in the sound," she said. "To me, a dangerous woman is someone who’s not afraid to take a stand, be herself and to be honest."

That message of empowerment definitely rings true in the first part of "Knew Better / Forever Boy," as evidenced by the song's lyrics. Grande sings:

Well, if you want to believe rumors about Grande and Big Sean, he is said to have written some pretty gross lyrics about her in 2015, which was rumored to be part of the reason behind their breakup, so Grande's lyrics here would make sense.

The second part of the song is where things get murky, because Grande sings about a "forever love," crooning:

This would certainly imply a relationship that she's currently very happy in, such as her romance with backup dancer Ricky Alvarez. She told Billboard, "We’re happy. I’m a very happy girl. I have a healthy life right now, and I think that’s all anyone cares to know. The end."

The song does have a nod to that happy feeling. As Grande goes on:

According to E!, in August 2015, the pair "have been friends for some time now but have only recently been linked romantically." So that pretty much checks all the boxes that the second part of this song is about Alvarez.

Although I wouldn't expect Grande to confirm nor deny this speculation anytime soon, as it seems she's perfectly content to let the music speak for itself. Can't say I blame her.

More like this
What Is Ariana Grande's Net Worth? When It Comes To Money, She Has No “Problem”
By Hugh McIntyre
Adele Says It Would Be “Wonderful” To Have Kids With Boyfriend Rich Paul
By Jake Viswanath
Who Is Betty Who Dating? The Australian Singer Is Married To Her Tour Photographer
By Radhika Menon
Britney Spears’ Honeymoon Plans Include Watching This Movie With Her Husband
By Grace Wehniainen
Get Even More From Bustle — Sign Up For The Newsletter