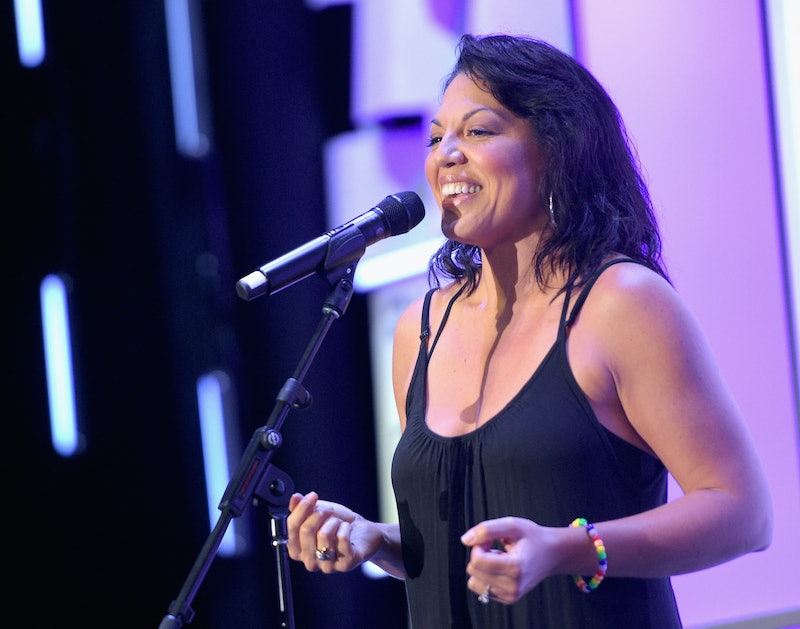 After 10 seasons playing Dr. Callie Torres, Sara Ramirez has left Grey's Anatomy — at least for now. The talented actress and musician told her fans on Twitter that she is "taking some welcome time off," which begs the question what is next for Sara Ramirez? It sounds like her first priority is relaxation, and no one can blame the incredibly busy actress for taking a break.

In 2005, Ramirez went from starring on Broadway in Spamalot to a full time gig on Grey's Anatomy . She spent a decade pouring her heart and soul into Callie, and, in 2013, she added a major voice role to her schedule when she began voicing Queen Miranda for the Disney Jr. series Sofia the First. That's a lot of work with precious little time for vacations, or even a nap. Ramirez deserves a nap, guys.

As of right now, Ramirez does not have any post-Grey's projects that she has shared with her fans, although one look at her Twitter account is all it takes to realize she is still crazy busy. Ramirez is a major advocate in the LGBTQ community, and she is constantly raising awareness for homeless LGBTQ youths and supporting trans rights.

While Ramirez enjoys her downtime with husband Ryan DeBolt, she will surely be contemplating her next career move. Grey's Anatomy creator Shonda Rhimes promised Ramirez she would "always have a home at Shondaland," so perhaps Ramirez will show up on one of her former boss' other shows in the near future. Ramirez could kick so much butt as a lawyer on How to Get Away with Murder, and can you imagine how amazing she would look in period costumes for Still Star-Crossed?

An even more tantalizing possibility is that Ramirez could be lured back to Broadway. Ramirez has an amazing voice, and it would be wonderful to see her focusing on her music again. She was the standout performer in the Grey's Anatomy musical episode, and she is passionate about performing. Seeing her take to the stage again after all these years would be a welcome return to her roots.

For now, Ramirez seems content indulging in some rest and relaxation. Hopefully, the actress will enjoy her time off and return to the world of show business soon. I know I cannot wait to see what she does next.