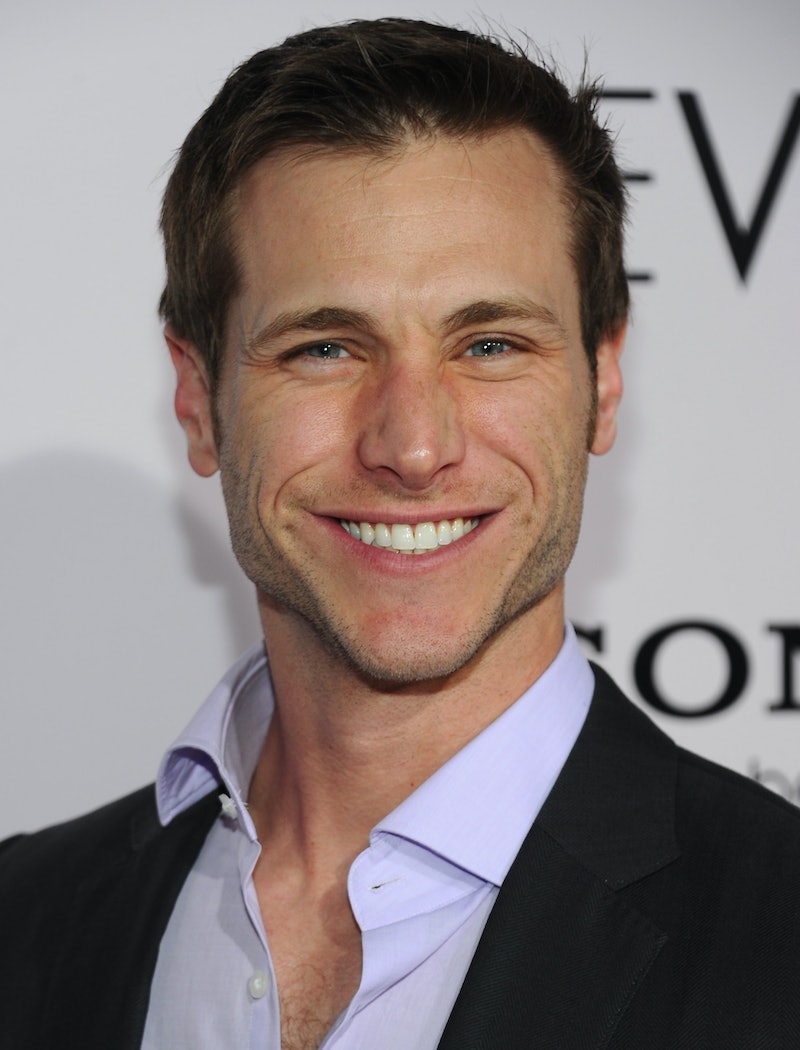 This season of The Bachelorette continues JoJo Fletcher's search for love that began in Season 20 of The Bachelor. After being runner-up, JoJo is returning to televised dating with some help from a familiar face. Former Bachelor Jake Pavelka appeared in The Bachelorette season premiere, which made me wonder if he's still looking for love too. Jake previously found — and eventually lost — love through The Bachelor with Vienna Girardi. Unfortunately, it seems that the relationship they formed just wasn't meant to be, as the two split a few months after the show ended. But a lot of time has passed since then. Is Jake Pavelka still single?

It seems that Jake is single — but he's been keeping the truth about his relationship status away from media. One of the more recent revelations regarding Jake's dating life came back in 2013 when he said "I’m not in a ‘high profile relationship,'" as reported by Celebuzz. Perhaps after years of living as a celebrity, he's grown weary of dating in the spotlight and is keeping his personal life private for the time being. Since Jake hasn't given the public any clues as to whether he's single or in a relationship, it's truly anyone's guess as to what's going on in his personal life. However, if anyone does know what's going on with Jake, it's likely JoJo herself. The two are long-time friends, as Jake tweeted that he's known her family for 30 years. Jake is appearing on The Bachelorette to help JoJo, but will she also be helping Jake with her own advice? Does he need dating advice, or is he already seeing someone? That much has not been made public. And for more on everything Bachelor, check out Bustle's podcast Will You Accept This Podcast?

While the truth about his romantic life isn't clear, what is clear is that Jake has proven to have some admirable priorities since his time as Bachelor came to an end. Recently, he's supported a few charities and I hope his appearance on The Bachelorette helps bring even more attention to these causes.

Jake snapped a pic at the "Pat and Emmitt Smith Charity Gala" about a year ago, one of a few charities based in Texas that he supports. The Pat and Emmitt Smith Charity is dedicated to "unique educational experiences and enrichment opportunities for underserved children." Jake's commitment to making the world a better place is just one of many qualities that make him such a well-regarded Bachelor.

Jake is seen here snapping a picture with a young fan, who happens to be the namesake of Luke's Fastbreaks, a clothing line inspired by the young boy in the picture that is intended to "enhance the cancer patient experience inspired by [Luke,] a 9-year-old cancer survivor." With all the good work Pavelka is doing, how could he possibly still be single?

Jake and two charitable associates of his are pictured here working on the Nexus Women's Recovery Center, which "has assisted more than 20,000 women, adolescents, and children on their journey to recovery since opening in 1971." Jake is certainly making the most of his post-Bachelor days, and giving back to his community.

It seems that right now, Jake would rather publicize his charitable efforts than his relationship status, and is keeping any whispers of a love life out of the media. The only thing we know for sure is that he's focused on providing to others and contributing to charities. Single or not, Jake is doing what's best for him in the moment and that's really all anyone can ask of a former Bachelor.