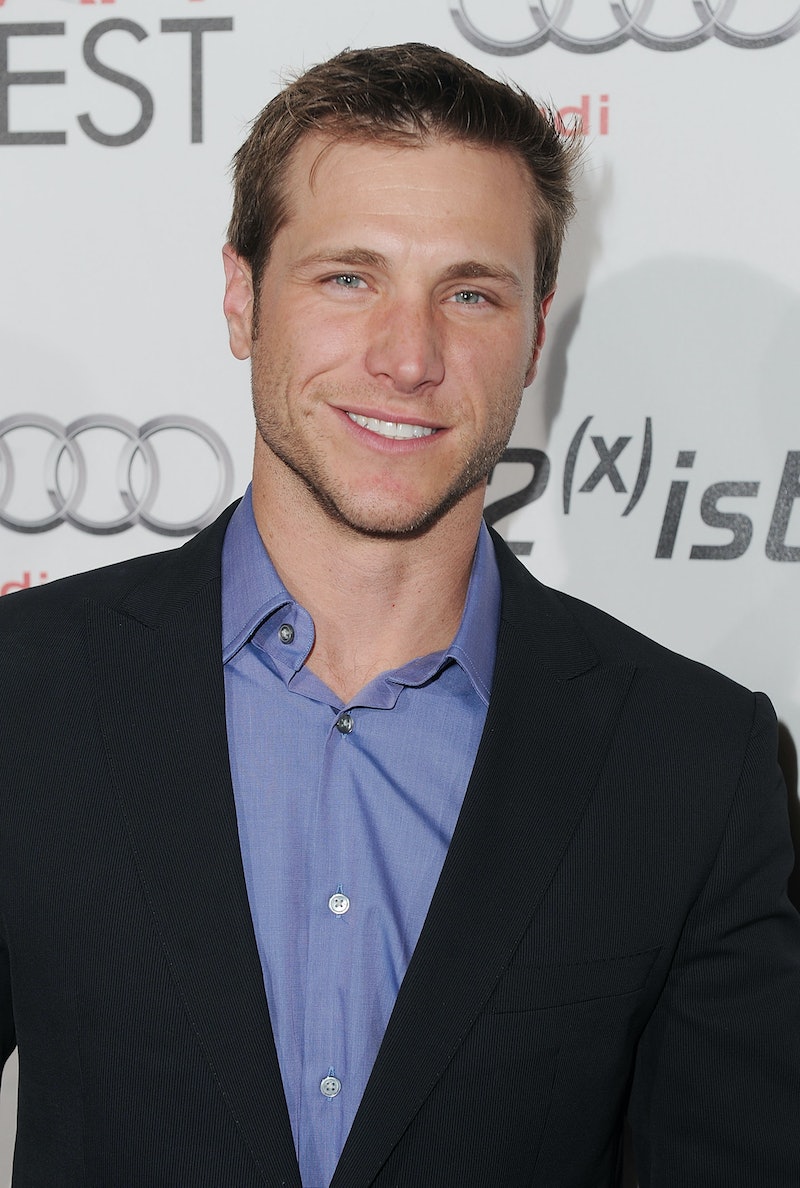 Sure, every season of The Bachelor is pretty rife with drama. Most of the contestants are of the theatrical persuasion — it's like a prerequisite to star on the series and fans wouldn't have it any other way. It's what keeps us coming back for more each year. Yet even with that long history, when pilot Jake Pavelka took the controls (get it?) was one of the best for pointless and amazing controversies. After all, the woman who won the whole thing was actually referred to as "easily the most hated contestant on The Bachelor " for that season by the New York Post. So, what happened during Jake Pavelka's season of The Bachelor that makes it stand out to this day?

To put it simply: a lot. Jake himself was a contestant on the fifth season of The Bachelorette when Jillian Harris was running the show. Though Jillian sent him home in Week 6 of her season, viewers fell in love with Jake and his penchant for saying the cheesiest things imaginable, so he became the Bachelor in Season 14. Jake's own season was definitely full of shenanigans, as these are just some of the most memorable moments. And for more on everything Bachelor Nation, check out Bustle's podcast Will You Accept This Podcast?

Contestant Michelle Kujawa had a rough go of it from the beginning. She threatened to leave more than once and was constantly crying or upset about not getting one-on-one time with Jake. I feel like she may have been unaware that she was on The Bachelor because that's kind of the way it works. Things got very uncomfortable when she threatened to leave after a comedy show date with the rest of the ladies. She was looking like she wanted Jake to convince her to stay but he just had enough and ended up sending her on her way before the rose ceremony. Eek.

This was definitely a bombshell. Rozlyn was kicked off The Bachelor because of an alleged inappropriate relationship with one of the show's producers, and the producer was fired from his position. According to People, Rozlyn denied that they had an affair and instead claimed that they were "good friends." However, host Chris Harrison told the magazine, "She had a physical relationship with a producer on our show. You cannot do that. There is no gray area ... Other girls on the show saw it. The producer confessed more than once and to more than one person. I cannot make it any clearer." Jake referred to the alleged affair as being "cheated on," but let's be real here, he was also dating dozens of other women in the house at the time, so that's not exactly fair.

For the first time in Bachelor history, both women were eliminated from a two-on-one date, when Kathryn and Ella were both sent packing. It seems like Jake was serious about getting this thing over with quickly.

Ali claimed that she was forced to choose between her job and her place on the show. However her bosses at Facebook denied this, telling Business Insider, " We appreciate the personal decision to return to work was deeply difficult, but we're glad Ali decided to come back." Later, she called up Jake and asked if she could return, but he said no. Awkward.

The Winner Was Controversial

Vienna Girardi was quickly labeled the season's villain and not many people were rooting for her to walk away with an engagement ring. Though she managed to win Jake's heart in the end, they split a few months after the show, with Jake telling People that he actually ended the relationship over the phone. Ouch.

Jake's season of The Bachelor somehow managed to pack in even more drama than the average season, so for new Bachelorette JoJo Fletcher's sake, let's hope her's is a little less eventful.