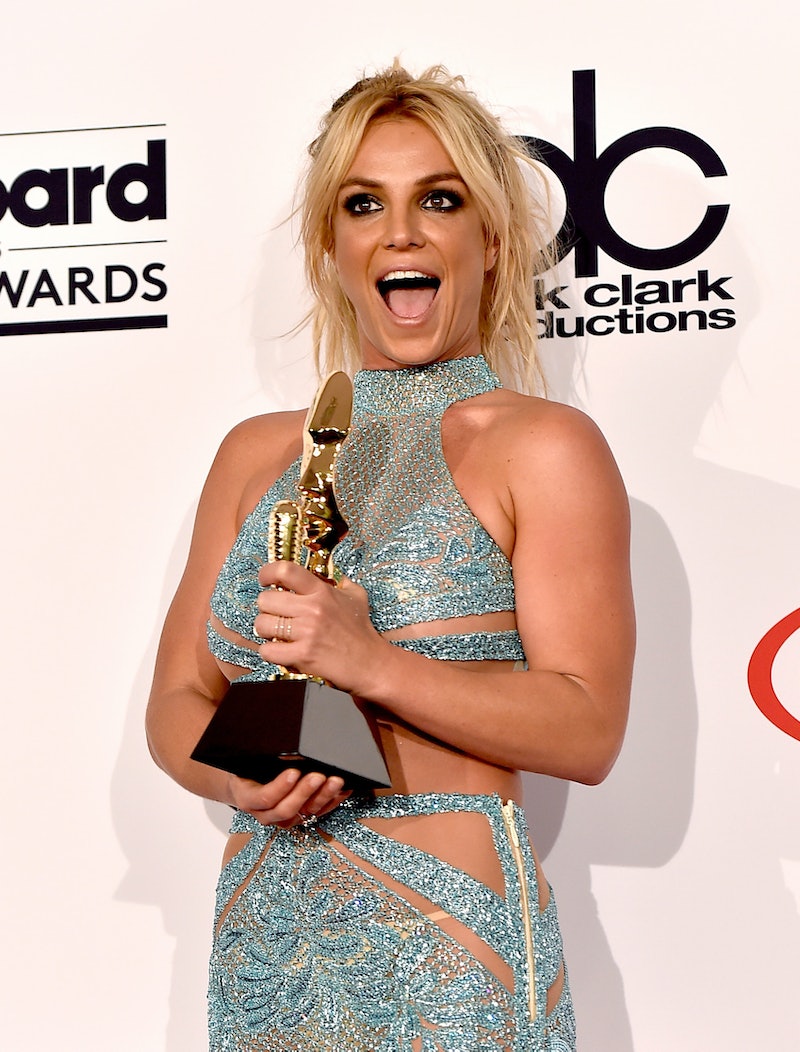 Going into the 2016 Billboard Music Awards, audiences had a lot to look forward to, but few were ranked as high as watching Britney Spears accept a Millennium Award. The pop star basically defined the era for '90s kids and beyond, who grew up watching her grow up, watching her rise and fall and rise again. Even if you're not a fan of Spears' manufactured bubblegum pop, you can't deny her artistry and her impact. She is worthy of your respect. However, we were forced to miss out on her getting that respect because Britney Spears didn't get the Millennium Award during the Billboard Music Awards. If you were expecting, you know, a speech, and a presentation about how important Spears is to pop music, and all of that stuff, then you were sorely disappointed on Sunday night when it totally didn't happen.

From "Baby... One More Time" to the modern day, Spears has had undeniable star power. It didn't matter whether or not she wrote all her songs herself; she had that it factor, that star power, that made her the one that you wanted to watch and emulate. She still does, even after a career that was marred by so much sadness and controversy, because she's got that kind of lasting legacy. So, on Sunday, it would have been really gratifying to see her standing there with an award that has only previously been held by Beyoncé and Whitney Houston. But we, well, didn't.

When Beyoncé won the Millennium Award in 2011, there was a very, very long presentation of all of her accomplishments to that point with heartfelt congratulations and speeches from her parents and even Michelle Obama. When Whitney Houston won the same award in 2012, John Legend and Jordin Sparks performed in honor of the icon, who had passed away in February of that same year. Where was Spears' time to shine?

Of course, it's not that the pop singer didn't get the Millennium Award. It was given to her after she opened the show with an incredibly performance of a medley of her songs, from "Toxic" to "Work, B*tch." But if you were waiting for her to have a slideshow of her accomplishments broadcasted while people told her how amazing she was and there was a speech — either by her or by a big fan of hers — before she accepted the prize, then you were SOL on Sunday.

I mean, I guess it doesn't matter how Spears gets the honor, just that Spears did get the honor. Right? However, as a long time fan of hers, I can't help but wish that the awards ceremony had carved out the time to honor her with both that epic performance and an even more epic tribute to the joy and wonder that she's brought to pop music over the years.