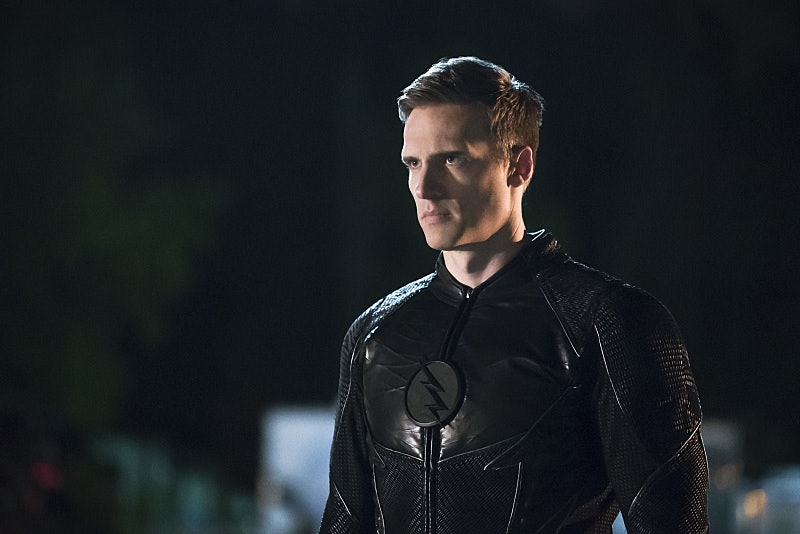 Don't worry, team. Season 2 of The Flash is almost over, so your brain can take a few months rest from trying to understand the universes and time streams that Barry and others have found themselves in this year. The Flash is a fun show, but it's also a complicated one.The mid-season shocker came when the handsome and helpful Jay Garrick was revealed to be Zoom, the Earth-2 speedster sending Metas through the breach after Barry. Well, sort of. It turns out that Zoom's real identity is Hunter Zolomon, and he was just using the name Jay Garrick. But since he's a key DC Comics character, I'm holding out hope that the real Jay Garrick is alive on The Flash and ready for action.

Keeping track of all the characters with the face of Flash actor Teddy Sears has been quite a feat this season. It's a twisted family tree that stretches across two Earths (that we know of) and involves some heavy identity theft. Here are the basics: Zoom is actually Earth-2's Hunter Zolomon, a deranged serial killer with a traumatic childhood and powers courtesy of an electroshock therapy session mixing with Earth-2's particle accelerator explosion. When he came to S.T.A.R. Labs to gain the trust of Barry, Zolomon introduced himself as Jay Garrick. That's also the name he used when he pretended to do good back on Earth-2.

That leaves two more incarnations of that face to explain. First, there's Earth-1's Hunter Zolomon, a regular-looking guy who "Jay" and Caitlin observe on a park bench. Where is he now? It wouldn't be like The Flash to introduce a doppelganger and then just leave him on the table. And finally, there's the Jay Garrick who was killed by Zoom a split second after he cleared the breach. According to Zoom, that "Jay" was his younger self who had to be sacrificed for Zoom's dual-universe domination.

But Zoom is the very definition of an unreliable narrator. If something comes out of his mouth, I'm going to need three more sources before I believe it. I have a lot more trust in the creators of The Flash, including showrunner Greg Berlanti who tweeted to assure fans who were upset that classic Flash comics character Jay Garrick was converted to a killer in the show. "For those inquiring, we love Jay Garrick and would never make him a baddie. No reinvention. Keep watching :)" Berlanti wrote.

That tweet suggests that a real Jay Garrick is still out in the world of The Flash and a season finale would be a great place to acknowledge him. Here's my biggest question: would the real Jay necessarily look like Hunter Zolomon if Hunter just co-opted his name? If the "Man In The Iron Mask" in Zoom's lair is that Jay, then yes. (Hence the mask.) But as the season draws to a close, I'm less and less sure that's the case. So I'm prepared for The Flash to pull a Jay out of left field. This promo shows Zoom and Barry in a good old fashioned foot race to figure out who's "the fastest man alive." What if it's neither of them? What if it's Jay?

If the real Jay is out there, I'd like him to please stand up and help Barry take care of Zoom once and for all.