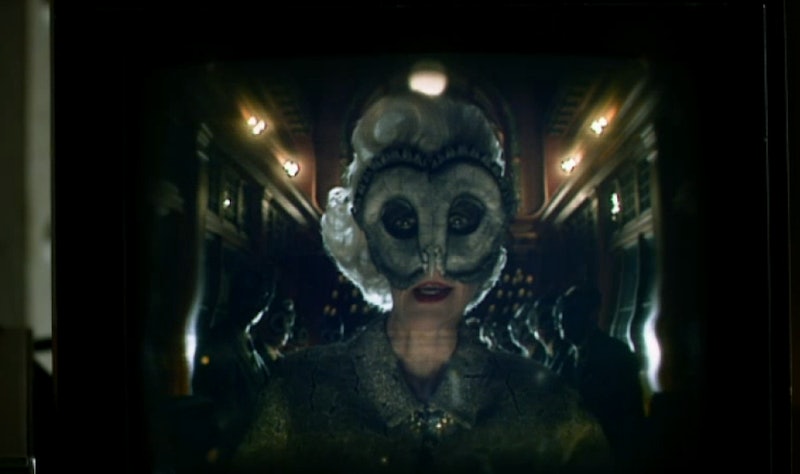 After the penultimate episode of Gotham Season 2, I made a bold prediction: that Huge Strange's boss, the white-haired woman, was a member of The Court of Owls, a secret organization from DC Comics made up of some of Gotham City's wealthiest citizens. In my opinion, the entirety of Season 2 has been dropping hint after hint about the group, but will the Court of Owls really appear on Gotham ? Multiple times, shady, wealthy families have emerged, plotting secretly to control the entire city, and every single time, it's turned out to have a different, non-Owl explanation. But perhaps all of those false starts are just laying the groundwork to make the Court of Owls' appearance more believable, since this version of the city seems to have a half dozen secret conspiracies that may stretch back for centuries.

The Season 2 finale will probably focus on wrapping up the story of Hugo Strange, whether he's able to escape and continue his experiments or completely taken down by Jim Gordon and Bruce Wayne, with time also devoted to the relationships between Selina and her friend Firefly, as well as Fish Mooney's return from the dead. Might she get revenge on Butch and the Penguin, who murdered her and stole her place as the "King" of Gotham? But once those things are brushed aside, you might find that the next major villain threatening the heroes will be The Court of Owls — finally. Because the writers have been dropping quite a few hints all season long.

The biggest clue so far has been this white-haired woman's mask. The Court of Owls' traditional comic book masks are just white masks with owl-like eyeholes, but the overall shape is the same.

Thomas and Martha Wayne are extremely wealthy, and the Court of Owls are traditionally made up of the city's millionaires and billionaires. They could hate the Waynes because they refuse to play along, or Gotham could also make the Waynes part of the secret organization. And at certain points in the comics, the Court has tried to kill Bruce Wayne, just like Theo Galavan did, and because of their legendary nature, were even rumored to be behind the Waynes' deaths.

Strange has been experimenting on his inmates at the white haired woman's behest, hoping to impress her by raising someone from the dead who's retained their memories. Instead, he created superhumans with DNA spliced in from animals that gives them powers like strength and immunity to fire or ice. In the comics, the Court of Owls have a group of assassins called the "Talons," and Strange has tried to use his experiments to assassinate his enemies.

When Theo Galavan and the Order of St. Dumas was first introduced, it seemed as though he could be a member of the Court of Owls instead, because of his colonial connections. The Court dates back to the colonial founding of Gotham City, the same way the Dumas and Wayne rivalry does.

The moment when Bruce Wayne told Silver that his favorite animal is an owl was clearly a winking reference to his eventual embrace of bats. But it could have also been a way to work yet another owl/Court of Owls reference into Season 2.

Much like Galavan, when Penguin's extended family, the Van Dahls, were introduced, it seemed as though they could be the Court of Owls because the Court is usually portrayed just like the Van Dahl family portrait — a well-dressed, opulent group. Again, that turned out to be a fakeout, but could have been setting up the Court's eventual appearance.

Hints From The Production

Way back before the season premiered, producer Bruno Heller told Comicbook.com that he'd be interested in bringing the Court of Owls to the show, though he couldn't go into more detail. Obviously, they didn't turn out to be the main villains of the season, but that could have been a hint that they'll be part of Season 3 — or that they may have been the real people behind all of Season 2's big events.