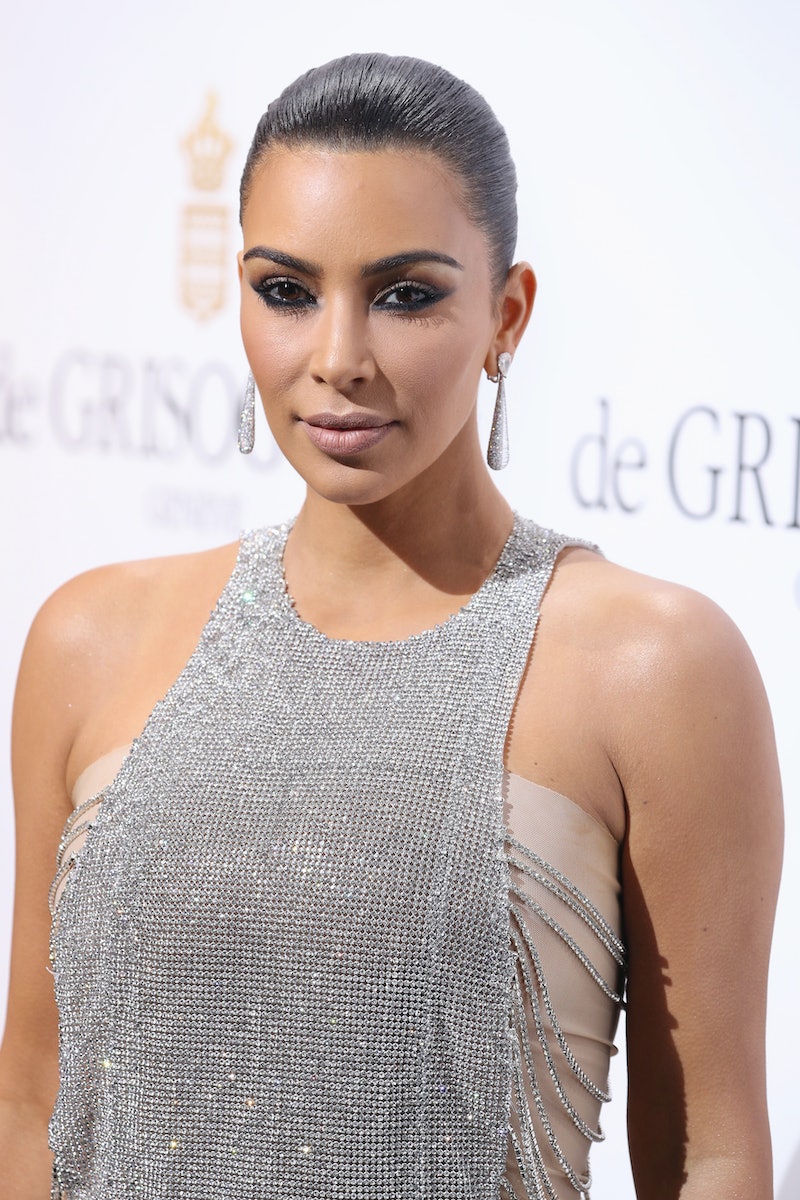 After turning to Snapchat to document a pregnancy scare, Kim Kardashian has clarified the decision... on Snapchat. Earlier in the week, the reality star and wife of Kanye West posted Snapchat videos in which she told viewers that she was worried she was pregnant, before taking a test that came out negative. Some people were confused and even angry about why Kardashian chose to post such a highly personal moment like a pregnancy scare on Snapchat, but late on Saturday night, the star decided to clarify why she posted the controversial videos, and if she and Kanye want another kid — only occasionally interrupted by her sleepy husband.

Here's what Kardashian had to say:

"Let’s discuss. Some people were asking me, "Why would I Snapchat the pregnancy test on the airplane?" And I just thought it was like funny, because I’ve been so private before and what do I really care if I was pregnant again? I didn’t get my period this month so I was just really confused and I couldn’t stand to be like on a whole plane flight for 10 hours not knowing. So that’s why I decided to put it on Snapchat and I’m not pregnant.”

Kardashian and West already have two children, and Kardashian has suggested that North and Saint West will be her only kids after two difficult pregnancies. West, on the other hand, recently revealed on an Ellen appearance that he might be interested in having more children. And while Kardashian presented her most recent words as an explanation, they don't really clarify a whole lot. The question "What do I really care if I was pregnant again?" is confusing, since Kardashian's pregnancies have typically been the source of a lot of tension and drama. Could this mean, especially considering West's recent interview answers, that she would be open to a pregnancy if it happened? She definitely doesn't seem as adamant as she once was that she wouldn't have a third child.

It's entire possible, though, that Kardashian was just joking when she said she didn't care whether she was pregnant. This hypothesis is supported by the fact that she prefaced the statement with the assertion that she's "been so private before" about her pregnancies. As someone who went into labor on reality TV and has documented highly personal medical details, Kardashian has had some of the least private pregnancies in history. Thus, it seems likely that the same dry sarcasm in which she mentioned her private pregnancy was also applied to her next words. By saying, "what do I really care if I was pregnant again?" she probably just meant, "duh, of course I was freaking out about it."

Whether the Snapchat was just a joke or a hint that more kids are to come is hard to know, and Kardashian's comments didn't really achieve her expressed goal of clearing up confusion. In her defense, though, I'm not so lucid at four in the morning, either.