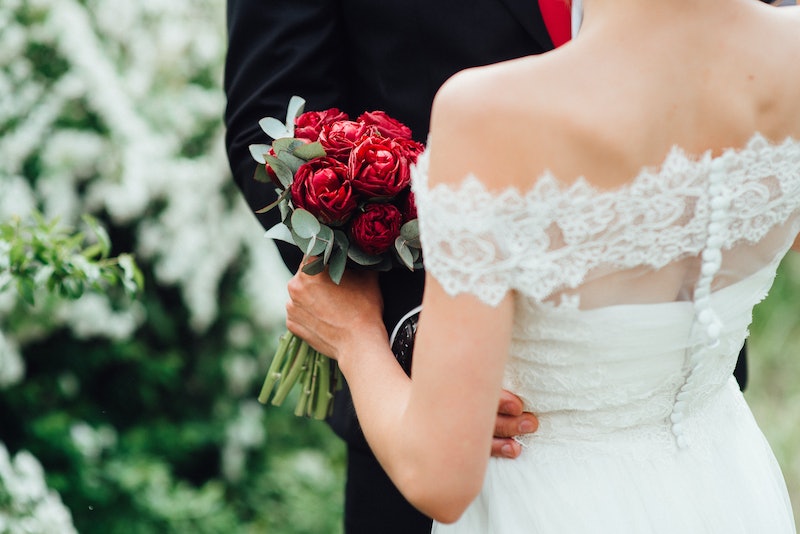 Before we talk about all the ways this institutionalized phenomenon can sneak up on you, though, let's discuss what heteronormativity is in the first place. YouTuber Hannah Witton's video "What is Heteronormativity" is a useful place to start; it includes the following definition of the term:

[Heteronormativity is] the belief that people fall into distinct and complimentary genders, man and woman, with natural roles in life. It says that heterosexuality is the only sexual orientation, or only norm, and states that sexual or marital relations are most, or only, fitting between people of opposite sexes.

One of the most common ways I personally encounter heteronormativity in my day-to-day life is in the form of one seemingly simple question: "Do you have a boyfriend?" This question is posed to me because I'm a woman, and the common assumption is that women in relationships have either boyfriends or husbands. This question perpetuates heteronormativity because it assumes that women always date men, when in reality women can and do date whomever they prefer to date. A man is not necessarily anywhere in the picture; indeed, people might choose not to date someone at all.

But there are several less common ways heteronormativity sneaks into our everyday lives. Here are five subtle ways it can hit — and their impact can be just as strong as the more overt ones.

Whether it's "boyfriend jeans," "boyfriend jackets," or "boyfriend tees," the trend of calling loosely fitting clothing for women "boyfriend"-fit suggests two things: One, that in order for a woman to acceptably wear non-form-fitting clothing, it must be something she is borrowing from her boyfriend (which actually implies another tangentially related assumption — that her boyfriend is larger than she is); and two, that women should have boyfriends in the first place. This example of heteronormativity is harmful for both straight and queer women in that it ties their clothing and style to men; the idea is that in order for a woman to appear a certain way, a part of what's on their body must be owned by a man, rather than by she herself. Furthermore, the idea is harmful for men, as well — it implies that only a particular fit of clothing is "manly," and that anything other than that fit is "unmasculine."

2. Internet Searches For Images Of Couples Or Love

When I search for images with the key phrase "couple," "love," or "dating" on stock image sites or major search engines, the results overwhelmingly depict heterosexual couples (who, by the way, are almost always white heterosexual couples, but that's a whole 'nother article). This implies that heterosexuality is the norm, and that anything else is unusual at best and abnormal at worst.

Typically, when a heterosexual couple dines out and orders a bottle of wine, the server pours the first sip for the male to test. For queer couples, the server makes an assumption that the more masculine-presenting person in the relationship (if there is a more masculine-presenting person) should get the first pour. This heteronormative act presumes that the person who looks the most masculine makes the decisions in the relationship — which is, of course, inherently flawed no matter what the sexuality of the couple may be. Some servers, however, approach tables and simply ask something to the effect of, "Who would like to do the honors?", which avoids this particular gendered pitfall.

4. The Assumption That The Check At A Restaurant Should Go To The Most Masculine-Presenting Person

Another way heteronormativity can sneak into dinner outings has to do with settling the bill. Oftentimes, servers hand the male in a heterosexual relationship the check, which is problematic in and of itself; furthermore, other issues arise when the gender roles and sexuality of the diners are less obvious. I can't speak to everyone, but in my own experience, my partner usually gets the check placed in front of her — and it's hard to ignore the possibility that this trend is because her presentation is very androgynous, while my own is very feminine. The assumption could very well be that she will pay because she looks like "the man in the relationship." (Also, let's just take a moment to remember that there isn't always "a man in the relationship," nor does there need to be.)

5. The Idea That Marriage Is Always The Endgame

Heteronormativity manifests itself aggressively in this societal belief that if two people are together for a long time, they should get married. But marriage is an extremely personal decision. While it's the right choice for some couples, it isn't for others; indeed, for some, marriage is a complicated tradition fraught with problematic implications in which they would rather not tangle themselves. The point isn't that marriage is either "good" or "bad"; the point is that every person and every couple has the ability and right to make the decision that works best for them. Getting married can be the endgame for some, but it doesn't have to be — and assuming that it is hurts everyone.